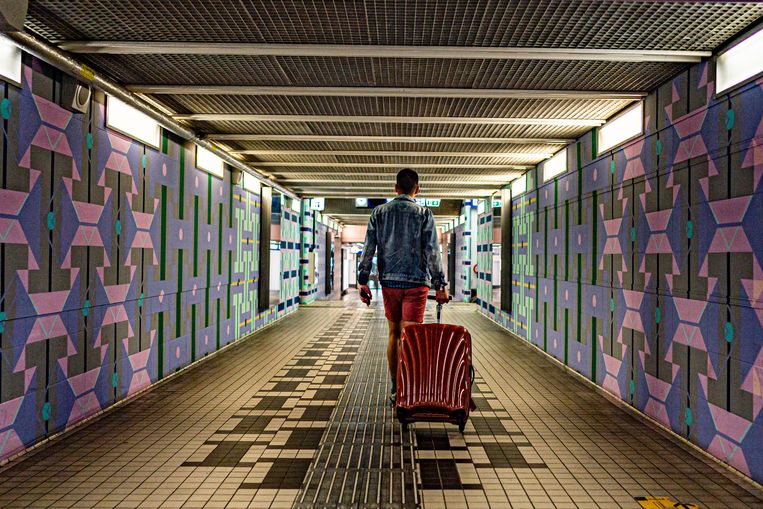 Is this finally the start of that long-awaited wage wave?

The collective labor agreement result at the NS can be an impulse, especially for employers in comparable sectors, to raise wages. After all, they run the risk of losing staff to the railways if they do not offer a competitive salary. Research also shows that a strike, such as the one at NS, increases the risk of work stoppages in similar sectors and companies. It is not without reason that regional transport is organizing a manifestation on Friday to reinforce their plea for higher wages.

Still, it is questionable whether the union will succeed in getting the same wage increases elsewhere: where half of the employees at the NS are union members, this is only one-sixth nationally.

What exactly has been agreed?

According to the negotiation result – which has yet to be presented to the members of the trade unions FNV, CNV, VVMC and VHS – employees will improve by 9.25 percent in the next year and a half. On top of that, there is twice a payment of 1,000 euros gross. Another principal victory for the union: some form of inflation repair is coming. If prices rise faster than the 9.9 percent that the Central Planning Bureau forecasts for this year and the 4.2 percent that it predicts for next year, another 500 euros gross per percentage point will be added. The minimum wage also rises to 14 euros per hour.

Do we not run the risk of a wage-price spiral with these agreements?

The infamous wage-price spiral arose in the 1970s, because wages automatically increased with prices and the increased wage costs were passed on in prices, and so on. In 2022 we are still a long way from that scenario. The average increase in collective labor agreement did not exceed 4 percent in August. Although that is the highest figure since the credit crisis, real wages have rarely fallen as much as they do now, compared to inflation.

While companies do have room for wage growth, the Central Planning Bureau recently noted. After all, they made record profits last year, a smaller part of which went to labor (of every euro earned last year, 74.9 cents went to wages, the year before that was 77 cents). A solid, one-off wage wave could rectify this skewed distribution.

What about the NS? Will the traveler pay for increased wage costs?

With this agreement, wage costs will increase by more than 100 million euros. According to a spokesperson, the NS cannot transfer that bill directly to the traveler. The contract that the transport company has with the Ministry of Infrastructure and Water Management (I&W) stipulates that the prices for the most popular cards may not rise faster as of January than the inflation expected in advance for that year. For 2023, this will be 4.2 percent for the time being. The NS does have a free hand in increasing less popular train tickets for, for example, dogs, bicycles and children.

How will the NS pay for the wage increases?

The railways are in a tricky package. The rising wage costs are offset by falling income. The corona crisis has dealt a major blow to public transport, as a result of which the company has been dependent on the government drip since 2020. As a result of the decreased number of travelers, NS still wrote red figures at the beginning of this year (-223 million). Due to staff shortages, the NS will also be included in the timetable in the coming months, which will lead to even less income.

For the time being, the NS does not need to turn to its largest shareholder for support; the state. When asked, the Ministry of Finance states that NS is an independent company and must determine itself how it finances the collective labor agreement. However, the state has renounced dividend since the corona crisis and will continue to do so as long as no profit is made. In addition, the corona safety net arrangement for public transport remains in force. The Ministry of Infrastructure and Water Management, to whom NS pays 414 million euros annually for the exclusive right to the railway, also says that there have been no discussions about adjusting that amount downwards. That would also not be possible because it is fixed for 10 years.