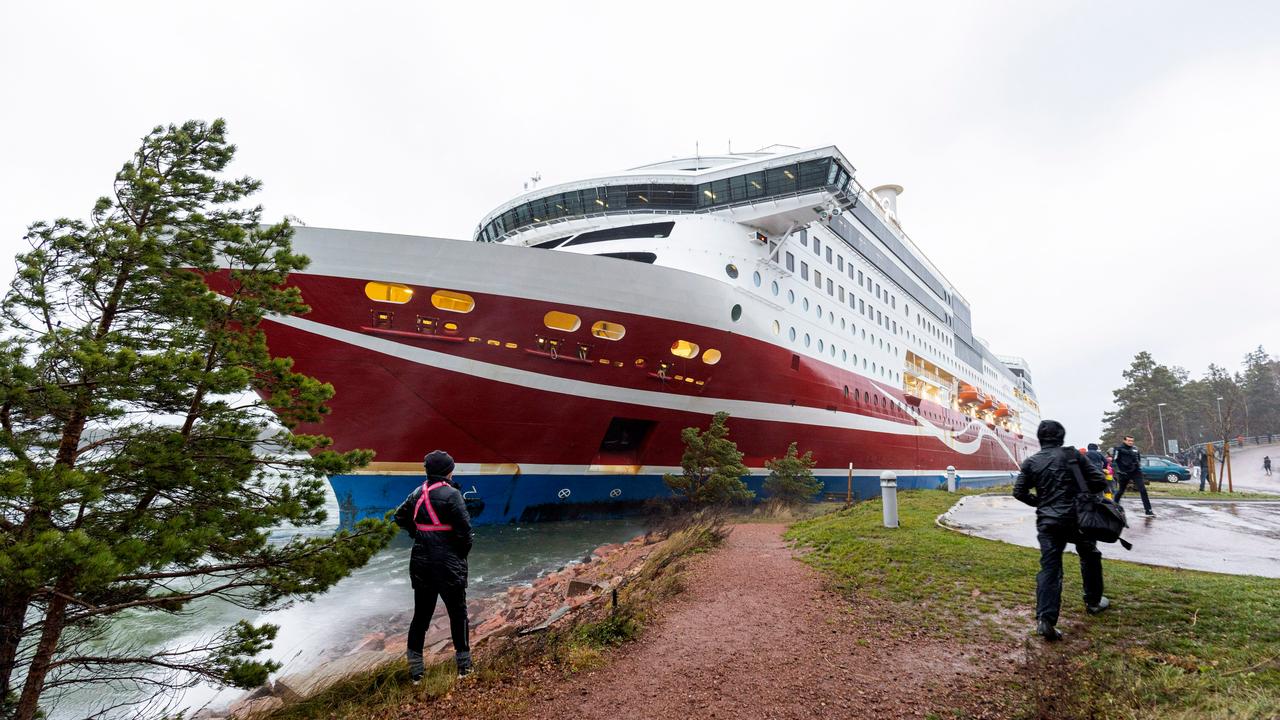 A Viking Line ferry ran aground on the coast of the Finnish town of Mariehamn on Saturday afternoon. The ship may have gone off course due to the strong wind. The 331 passengers and 98 crew are not in danger, but they had to spend the night on the ship.

The more than 200 meter long ship, the MS Viking Grace, sailed between the Finnish port city of Turku and the Swedish capital Stockholm on Saturday afternoon. The boat had to make a stopover in Mariehamn, but for unknown reasons the ship became moored close to the harbor.

Jan Hanses, the CEO of Viking Line, says to the Finnish broadcaster YLE that the ship was probably driven to shore by a strong wind. Divers did not find any leaks during a check of the vessel.

Normally, the Viking Grace can accommodate more than 2,800 passengers, but due to the corona virus, there were only 331 people on the ship on Saturday. They will be evacuated in the course of Sunday.

In September another Viking Line ship ran aground. The MS Amorella stranded near the Åland Islands, a Finnish region consisting of thousands of small islands. That area is notorious for its shallow waters and narrow passages. No one was injured in that incident.