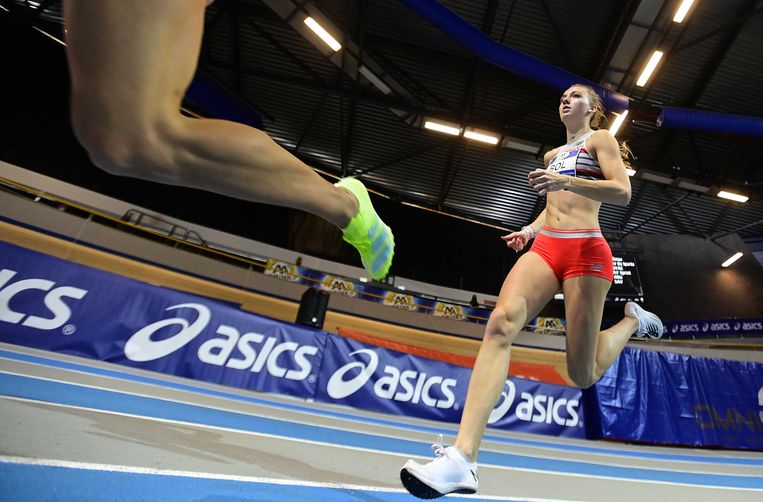 It was the fourth time in four consecutive games that she passed herself. Since the end of January, she has shed more than three tenths of her Dutch record. With this time Bol is the fastest European athlete this year and the world number three.

She prefers not to get used to things going faster and faster. “But I’m fit and in shape, it’s been a super season so far.” She has no time to strive for herself. She mainly hopes for gold, at the European Indoor Championships, from 5 to 7 March, also in Torun. “The medal is more important than the time.”

She had not expected the improvement in Apeldoorn. “I was a little tired after Torun.” During the race she could pull herself up to Lieke Klaver, who was running in front of her, who, as always, started very quickly. When Bol passed her friend, she was able to cling to her again. Clover finished in 51.21, a personal best and under the limit for the Olympics.

Bol is the eye-catcher in the Dutch delegation at the European Indoor Championships, but at the NK indoor another athlete was among the medal candidates in Poland at the 400 meters for men. Liemarvin Bonevacia, from Curaçao, is the first Dutch athlete to take the hurdle of the 46 seconds in the 400 meters with 45.99. The performance is striking: in recent years he has struggled with injuries and motivation problems. He is now the fastest European in recent months.

Poland is pushing the 800 meters for men, where no fewer than eight athletes have run the European Championship limit. Three of them are allowed to go to Torun. Thijmen Kupers, second behind Djoao Lobles on Sunday, attributes the strength in width in part to walking on modern spikes, with a thicker foam layer and a carbon plate in the sole.

‘I notice that I benefit from it and there are more who do. I don’t know exactly what the difference is. You should research that. ‘ He also pointed to another cause. ‘The level is simply terribly high. They are all people we saw coming before. It’s all coming together now. ‘ Some 800 runners reached the limit on the traditional shoes.

He cannot say whether the adjusted spikes also have an effect on other distances. ‘Sprinters have always run on very stiff shoes. You see less aggressive specimens at 1,500 meters. ‘ On the 400, he notes that the choice of shoes varies more than on the 800.

Femke Bol also walks on shoes that contain carbon. ‘It’s innovation. They might help, but I don’t think they make huge differences. Ultimately you have to be fit and have trained hard. ‘