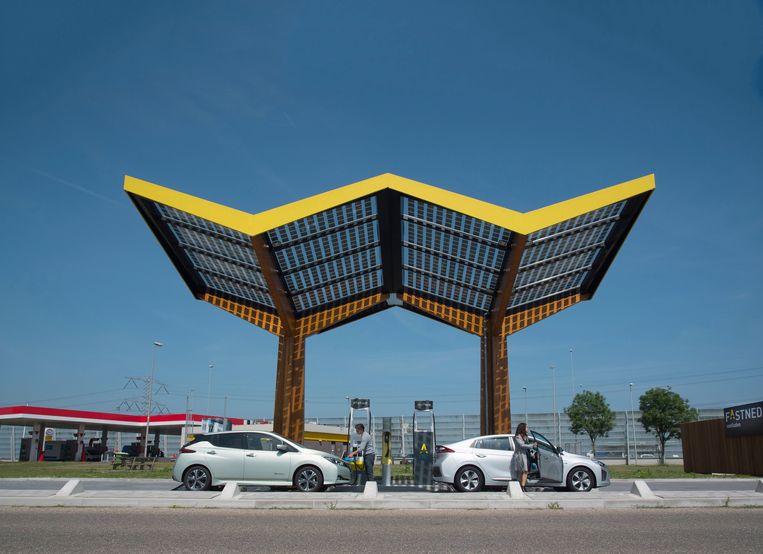 Fastned is allowed to build nine fast charging stations. The APRR toll roads are well known to the Dutch visitor to France. It concerns, for example, the road from Nancy to Lyon, and that from (almost) Paris to Lyon. The French expansion is not yet entirely certain; the French Ministry of Transport has yet to give approval. The new charging stations are to be built along the motorway from Paris to Lyon, along the road to Switzerland and around Dijon.

There are not very many fast charging stations in France yet. A Parisian heading to Lyon with a full fuel tank is estimated to be on the road for 5.20 hours, including a break. With the electric car (Volkswagen ID.3) with a full battery, you have to charge three times, according to the ANWB, and then you are on the road for 6.33 hours. If you could go to fast chargers, that saves 45 minutes and the electric driver is hardly later in Lyon than the petrol driver.

This is of course nice for the traveler in question. For Fastned itself, it is particularly nice that after the Netherlands, Germany, Belgium and the United Kingdom with a total of 129 fast charging stations, a fifth country can now be colonized. Investors immediately felt like it: Fastned was worth 14 percent more on the stock exchange.

Fastned has been hit hard by the corona crisis in recent months, resulting in fewer kilometers being driven.