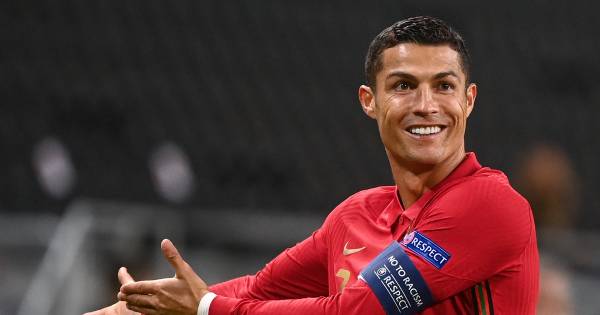 top turnover IkeaIkea is having a good year despite the corona crisis. The global market leader in the field of living shows a turnover of 35.2 billion euros, slightly less than in 2019. An Instagram post by star footballer Cristiano Ronaldo proves that there are few people without Ikea stuff in the interior.

The Swedish concern is benefiting from a revaluation of its own home. “Life at home has never been more important,” headlines the press release summarizing the numbers. 706 million visitors came to the stores, considerably less than a year earlier (839 million). But online visits increased significantly. There were 3.6 billion visitors to Ikea.com, compared to 2.6 billion in 2019. Online turnover rose by no less than 60 percent and now accounts for 18 percent of the total.

It is unlikely that Juventus player Cristiano Ronaldo walked around the store with his family shortly after Easter, so he probably made a contribution to the online store’s pocket. When he posted a happy family photo on Instagram this week, followers immediately noticed that the luxurious dining area also has an Antilop high chair. Asking price: 9.99 euros. Ronaldo only has to blink and he has recouped the investment for his young twins (his salary is estimated at 30 million euros per year).

The high chair is one of Ikea’s top items and shows how the brand has become commonplace in every interior. “We never share sales figures for individual products, but the fact that the Antilop is even at Cristiano Ronaldo’s house says enough,” said spokesman Jurriaan Zuiderhoek. “It has been a popular product since 2004 and is sold in 52 countries.”

The Consumer Association’s test rating: 6.9. The Antilop is ‘very easy to clean, has an excellent manual, easy to disassemble and the chair is collapsible’, the association believes. The disadvantage is that the table top is difficult to remove, there is no cushion as standard and the protection against falling would be ‘moderate’.

When you see Ikea’s good numbers, you’d almost forget that many stores have been closed for weeks or even months due to local lockdowns to contain the pandemic. The role of the stores has changed significantly thanks to corona, according to the press release. Shops were set up as local distribution centers for, among other things, the online ‘Order & collect’ service. 26 new branches have been opened, in Shanghai, Seoul, Moscow and Tokyo, among others.

In fiscal year 2020, Inka Group, owner of 75 percent of the Ikea stores, managed to convert 1.37 billion euros in the Netherlands. That is a growth of 41 million euros (an increase of 3.1 percent) compared to 2019. Ikea Netherlands has six thousand employees.

Watch the videos of the living section below for advice and inspiration for your own home.