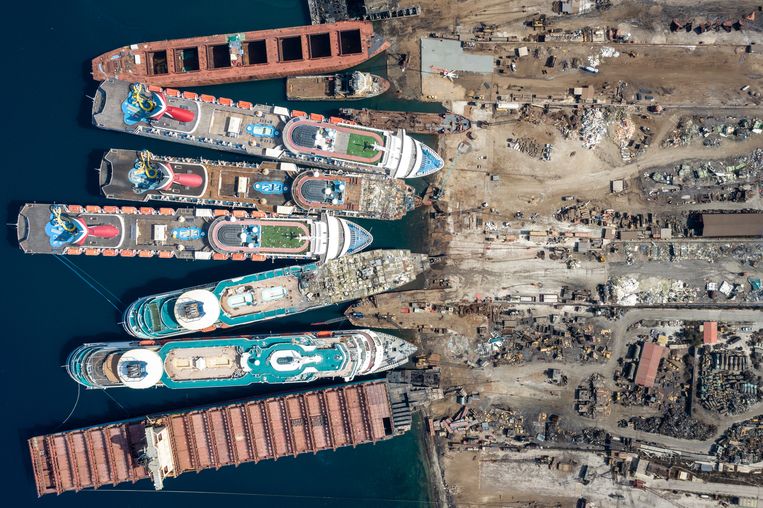 The second corona wave will make the already gloomy forecasts for the European economy even more gloomy, says European Commissioner Valdis Dombrovskis. Should there be a second recovery fund?

The already less than flourishing economic forecasts presented by the European Commission in July – 8.7 percent contraction this year (greatest recession since World War II) but 6.1 percent growth in 2021 – can be thrown away. The combination of a second corona wave and the new lockdown makes even the smallest glimmer of hope for growth disappear behind the horizon for the time being. “It is not doom and gloom everywhere, but what we see now will affect our new forecasts,” admits European Commissioner Valdis Dombrovskis.

Has his official title already raised eyebrows – Dombrovskis (49) is commissioner for ‘An economy that works for people’, now all the shine has really gone. “Unfortunately, our scenario this summer will not materialize,” Dombrovskis concludes, which is also considered an understatement in his home country (Latvia).

As to how much longer the contraction will last, Dombrovskis does not want to speculate in a video interview with seven European newspapers, including de Volkskrant. He is waiting for the autumn forecasts for this. But his face betrays that the presentation will not be a party.

The $ 750 billion economic recovery fund agreed by government leaders in July was based on your estimate. Now that those figures are outdated, is that fund still sufficient?

The economic analysis on which the recovery plan was based was surrounded by uncertainties from the outset. Uncertainty about the course of the pandemic, about the economic situation. That is why we have already adjusted the plan before: 70 percent of the money will be divided among the EU countries on the basis of current estimates, the remaining 30 percent will be decided in 2022 when we have a better idea of ​​which countries have been most affected by the pandemic. It is now important that the money actually reaches businesses and citizens before spring. I call on Member States and the European Parliament to swiftly denounce the leaders’ agreement on the Recovery Fund. Time is running out. The faster the billions are pumped into the economy, the better. ‘

But the question was: shouldn’t there be more money?

‘I would say let’s start with the current amount first. And don’t forget: in addition to the recovery fund, there is also the new multi-year budget, which adds up to 1,800 billion euros. We will of course keep a close eye on the economic situation. The Commission will make new proposals if circumstances require. ‘

The fiscal rules in the Stability Pact (ceilings for deficit and debt) have been ‘temporarily’ suspended. How long is ‘temporary’?

‘The recession will inevitably lead to higher government debt. The Commission has informed Member States that the exception clause in the Stability Pact will remain in force next year. We call on governments not to phase out their stimulation plans too soon. In the spring of 2021, we will consider whether the exemption from the budget rules should also apply to 2022. To avoid unsustainable debt, countries’ support measures must be targeted and temporary. It is a balancing act between sustainable public finances and crisis management. ‘

Countries like France want the Stability Pact to remain ineffective until there is agreement on a new pact with more flexible rules. Do you agree with that?

‘As long as there are no new rules, the old ones will remain in effect. The pact contains clear criteria to make the rules temporary on hold like now. There is sufficient flexibility in the pact. ‘

Are you the last liberal to defend the Stability Pact?

The decision to revise the rules of the pact was taken by the full Commission. All kinds of suggestions are coming, it is a work in progress. ‘

To save the economy, the Commission has approved over EUR 3,000 billion in state aid from Member States to their companies in a matter of months. More than half are for German companies: is that the economic unification in the eurozone that you dreamed of?

It is clear that not all Member States can do the same to help their businesses. Countries with high debt and low growth are at a disadvantage. The temporary relaxation of state aid rules creates inequality between Member States, between companies. It is no different: if we do not support our companies now, the entire European economy will collapse and the recovery will take much longer. This is simply necessary. That is precisely why there is also the recovery fund, which mainly provides support to Member States that do not have the financial scope for their companies. That brings the matter back into balance. ‘

In the meantime, the gap between North and South / East is growing.

“Again, that’s why the southern and eastern member states in particular are benefiting from the recovery fund.”

Italy, a country with a sky-high debt, receives 120 billion euros in loans from the recovery fund in addition to donations. Don’t you fear bankruptcy for Italy?

‘When setting up the fund, we took due account of the plight of countries with a high national debt. That is why most of the recovery fund consists of EU grants. In addition, there are loans, for some countries borrowing from Brussels is cheaper than borrowing yourself on the money market. That makes a difference in interest and repayment. ‘

Recently Dombrovskis has also started trading in its portfolio. A task that is as prestigious as it is complex: free trade agreements are meeting increasing resistance. Left-wing parties and NGOs criticize the lack of green agreements and transparency; China is misusing the treaties for improper support for Chinese companies; and Trump opts for the protectionist Make America Great Again.

Last week, the world trade organization WTO gave the EU the right – in the protracted subsidy war between Airbus and Boeing – to hit American exports with more than 4 billion euros in criminal charges. Washington’s answer came by threatening email: don’t you dare impose those sanctions, let Airbus pay back all subsidies obtained! Dombrovskis remains stoic about it: ‘What the US is asking for goes far beyond what the WTO rules require us to do. So we don’t. ‘

Do you expect a better relationship with Washington after the US presidential election?

‘The EU and the US are strategic and like-minded partners. Our trade and investment relationships are the largest and most important in the world. When we work together, we can achieve a lot for the whole world. That being said, we do of course have a few quarrels with Trump because of his protectionist trade policy. Let it be clear: if the US takes unilateral measures against the EU, they will be answered appropriately. We do not want escalation, but we do defend our interests. Regardless of the outcome of the presidential election. ‘

Obama looked more to Asia than to the EU. Trump mainly fights with China. Will Europe not soon be ground in the clash between the US and China?

Trump’s protectionism has created problems for everyone. We agree in part with Trump’s criticism of the Chinese economic model, Chinese state aid, China’s way of dealing with Western technology, patents and copyrights. We have the same concerns, but say you should resolve those disputes through the WTO and not with unilateral sanctions. ‘

The WTO does not function well in trade disputes, which does not deter China.

‘The WTO must certainly change. The Airbus-Boeing dispute has been going on for 16 years, a compelling example of the need to speed up procedures at the WTO. Meanwhile, we are trying to build better relationship with China. Current trade between the EU and China is unbalanced. Chinese companies have much more access to the European market than the other way around. That must be rectified as we negotiate an investment agreement. In any case, the EU must do more to ensure that trading partners keep their promises. ‘

The trade agreement with the Mercosur countries (Argentina, Brazil, Paraguay, Uruguay) was hailed by you last year. Now it is falling in the European Parliament and in the national parliaments. You do not feel the zeitgeist.

‘I still think it’s a good trade agreement. The first ever with a separate chapter on sustainable development. At the same time, there are concerns, especially about deforestation in the Amazon and to what extent the Mercosur countries respect the Paris climate agreement. That is why the Commission is in talks, especially with Brazil, to see what commitments are possible. Because fair is fair: otherwise there is no chance that this agreement will be ratified. And that would be a shame. We have been negotiating this agreement for 20 years. If we walk away now, what credibility and influence do we have left? ‘

A trade agreement with the United Kingdom will soon also be on your plate. Do you still believe in it?

Do you know what the UK wants?

“I can tell you what the EU wants.”

British Prime Minister Johnson screens with the Australia model as the end result.

‘Well, the negotiations between the EU and Australia on a trade agreement are still ongoing, so it’s a bit premature to use that as an example. In addition, economic relations are incomparable. The United Kingdom is 30 kilometers from the EU and has a large economy that is closely intertwined with that of Europe. Australia is 10 thousand kilometers from here and trade with the EU is nothing compared to that between the EU and the United Kingdom. So yes, Australia is not immediately the most obvious example. ‘