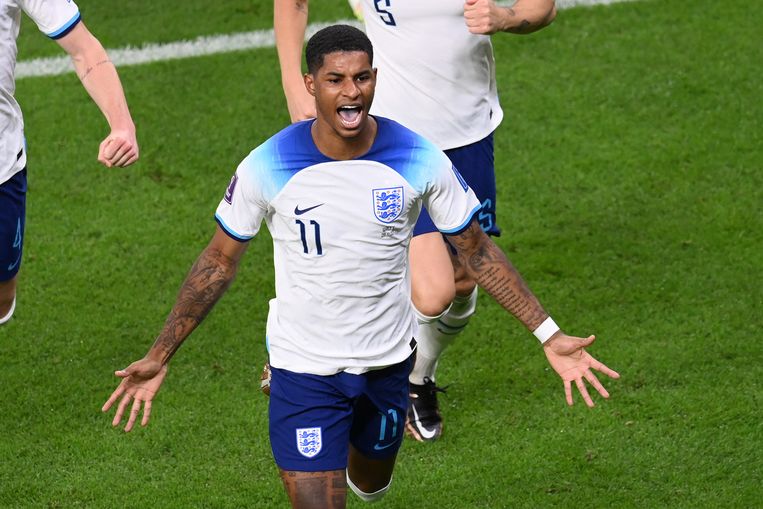 Times are not easy for Gareth Southgate during the World Cup in Qatar. For Sunday evening’s knockout match in the round of 16 against Senegal, the English national coach must choose which two attackers should flank centre-forward and captain Harry Kane. All candidates are in form: Bukayo Saka, Marcus Rashford, Raheem Sterling, Callum Wilson, Mason Mount, Jack Grealish and Phil Foden. The only way to keep everyone happy would be 1-1-8, the system of the Old Etonians in Julian Fellowes’ Victorian football movie The English Game.

That would be a stylish way to bring football ‘home’, in the form of the first world title since 1966. That has been the obsession of the English all these years. Homecoming seems to be getting closer and closer. The team was a semi-finalist at the 2018 World Cup in Russia and a losing finalist at the European Championship a year and a half ago. Former national coach Sven-Göran Eriksson even spoke of a ‘golden generation’ before the tournament. The resounding victories over Iran (6-2) and Wales (3-0) have raised hopes, although the 0-0 against the United States a disappointing interlude.

No football rush yet

There is no talk of a football frenzy on the island yet. Of course South London’s patriotic Kirby Estate is full of flags and the pubs are packed during the games, but the tournament in the former Protectorate feels far away. The tabloids, which have a habit of increasing the pressure, are also keeping quiet. There aren’t many juicy stories. The players are shielded in a camp and their wives, the Wives and Girlfriends (Wags)floating off the coast on a cruise ship renamed HMS Wag.

Naturally, there was plenty of Schadenfreude about the German elimination. “Herr we go… Home,” teased The Sun. “At least we won’t lose to them on penalties,” he said The Daily Express relieved breath. The fear of shooting from the eleven-meter spot is still deep in it, especially after the anticlimax at Wembley against the Italians in the last European Championship final. Apart from the Orange, there is no team at the World Cup with worse penalty statistics than The Three Lions, although the French, the likely opponent in the quarterfinals, are not much better in this area.

The attacking qualities make the English dangerous, as witnessed by the nine goals in three World Cup matches. Rashford shone against Wales, who has flourished under Erik ten Hag. The Manchester United manager is experiencing a good world championship anyway, given the performances of ‘his’ Bruno Fernandes, Casemiro, Lisandro Martínez and Harry Maguire. Just as good is Foden, the protégé of Manchester City’s Pep Guardiola, and Saka, who is having a top season with Arsenal. A luxury problem that Louis van Gaal can be jealous of.

Top scorer Kane is the only attacker who is still dry, but he has made himself useful with four assists. The 29-year-old striker is no longer a pure number 9. Just like with Tottenham Hotspur, he takes the liberty to drop back and set the lines like a number 10. In midfield, the English have the most coveted talent in Europe in 19-year-old Jude Bellingham, while alongside him Liverpool captain Jordan Henderson is the driving force and brings a wealth of experience.

If the English have a weakness, it’s the heart of the defence. So far, Maguire and John Stones are doing fine, especially offensively in dead game moments. But they haven’t had to deal with super attackers yet. Mindful of this weakness, defensive midfielder Declan Rice has an important role to play. This one feels like no other Hammer the hand of history on his shoulders. Because in 1966, three West Ham United players won the World Cup with England.