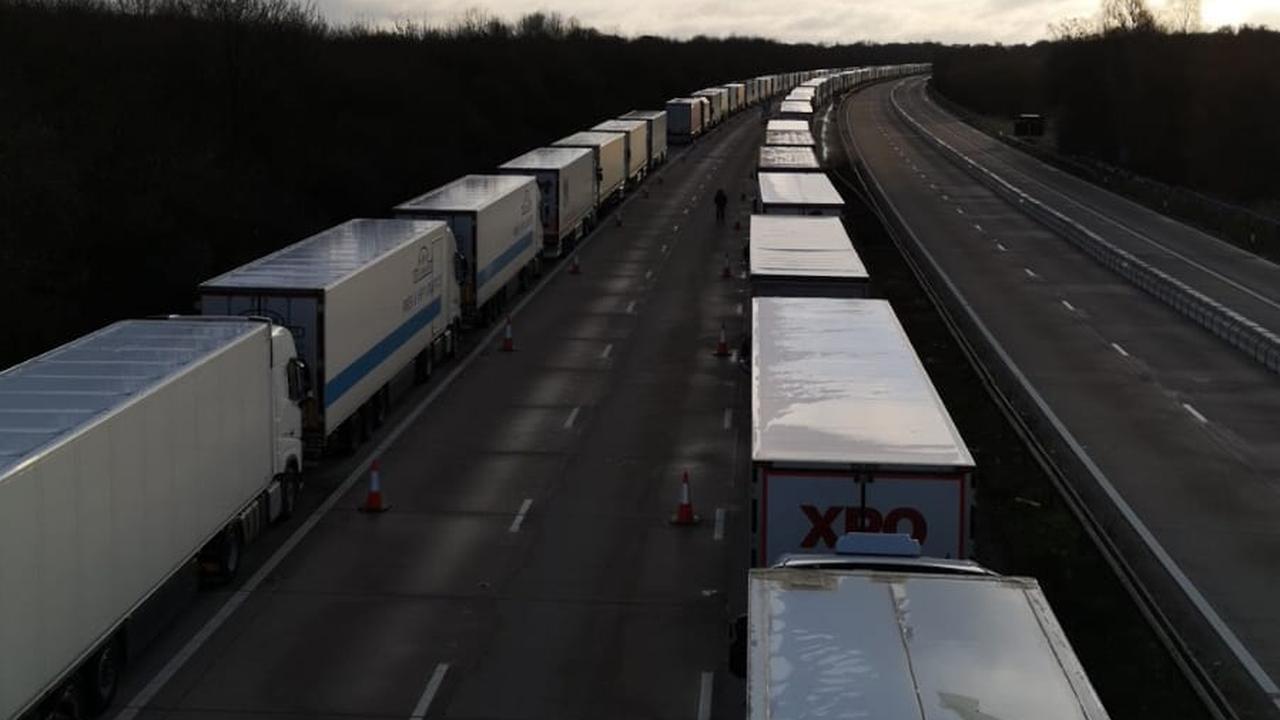 Dutch truck drivers are hopeful that they can still celebrate Boxing Day at home. The British government sent 800 additional soldiers to the southeastern region of Kent on Friday to accelerate the testing of the drivers for the corona virus. In total there are eleven hundred soldiers active, writes BBC News.

The important connecting motorway M20, which runs between the Channel Tunnel and London, is still lined with thousands of trucks. Driver Sander Norg joined the queue on Wednesday and is located about 15 kilometers from the Channel Tunnel.

The drivers do not have an alternative, fun Christmas celebration planned. Norg spent time with three other professional colleagues, but one of them had to drop out on Friday: he did not advance in the long queue because the drivers were still sleeping in front of him.

Norg is hopeful that he will be home on Friday evening. The Dutchman was completely surprised by the closing of the British borders. “When the decision was made, I was on the train to the UK. I couldn’t go back after arriving.”

He should have been back on Tuesday. Instead, he stayed at various locations in the British interior: the chaotic scenes and clashes with agents in Dover did not experience Norg.

The drivers stay on the M20 day and night, waiting for a crossing. (Photo: Sander Norg)

According to British media, at least four thousand trucks would still be stuck on the highways. British Transport Secretary Grant Shapps suspects that it will be “a few more days” before the problems for the waiting drivers are resolved.

Norg states that communication from the British is very poor. Truck driver Harrie Stam also complains about this in conversation with NU.nl. Drivers would have no idea where to take a corona test. Nevertheless, Stam was already able to obtain a ticket for a ferry through his employer on Wednesday.

The UK border was closed due to the virus mutation in the country. The corona variant found would be 70 percent more contagious than the original virus. Several countries then decided to cease air traffic with the UK, while countries such as France and the Netherlands also refused all boats and trains.

Freight traffic is now allowed to travel via the Channel Tunnel and ferries to mainland Europe again, but the occupants must have been tested negative for corona. Norg hopes to be in France before the end of the afternoon. “We made some progress this morning. Once I’m in France, it takes about seven hours to get home.”