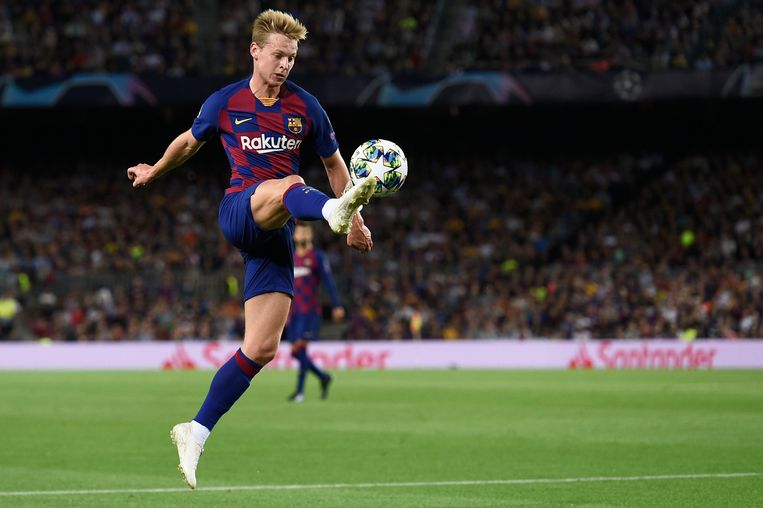 The transfer income of the Dutch premier league clubs has fallen by more than 200 million euros. Last year they touched 370 million euros, this year 160 million, according to calculations by transfermarkt.nl. They also spent less on new purchases: 110 million euros last year, 73 million euros this year. The number of transfers remained almost the same.

The question is whether there is a corona effect or a Champions League effect. Presumably both. Ajax performed sensationally in the Champions League in the 2018-2019 season. PSV was also active in the ultimate player window until the winter break. Due to the mega sales of Frenkie de Jong, Matthijs de Ligt and Hirving Lozano, 2019 was a top summer for the Dutch clubs. Last season the European performances were much less appealing. The total transfer income in 2020 is still a lot more than was raised in the summer of 2018 (100 million), but is well behind 2017 (211 million).

A considerable number of international top clubs have been cutting their hands since corona, which has a dampening effect on money flows worldwide. Only the Premier League is an exception. English clubs spent 1.4 billion euros, just like a year ago. The most expensive transfer was that of Kai Havertz from Bayer Leverkusen to Chelsea for 80 million euros, a relative pittance compared to the record of 222 million euros that PSG paid for Neymar in 2017.

The biggest difference maker with a year ago in the Netherlands is Ajax. Last summer, that club earned more in transfer money (about 217 million) than all the premier league clubs combined this summer. This was mainly due to the sale of De Jong (to FC Barcelona) and De Ligt (to Juventus) together for about 190 million.

Ajax feared a total exodus and made agreements with other basic players to stay another year. As a result, it was more or less forced to sell Hakim Ziyech (40 million euros) and Donny van de Beek (39 million euros) when Chelsea and Manchester United pulled the pouch. The latest deal would involve a ‘corona discount’.

The continuation of Nicolás Tagliafico and André Onana, who emphatically aim for a transfer, is a direct result of the corona crisis, said director of football affairs Marc Overmars at Ajax TV. Because Ajax does not want to get tight due to the expected financial damage from the public ban, Sergiño Dest was also sold to FC Barcelona. The total proceeds thus amount to approximately 100 million euros. That is about 8 million more than Ajax paid in salaries based on the latest annual figures.

PSV sold for 57 million euros in the summer of 2019. Especially the deal with Napoli, which Hirving Lozano bought for 38 million euros, was lucrative. Last winter, another 35 million euros was added from Tottenham Hotspur, which Steven Bergwijn took over. It contrasts sharply with the 10.5 million that PSV touched last summer for Sam Lammers (for 9 million euros to Atalanta Bergamo) and Jeroen Zoet (for 1.5 million to La Spezia).

Transfermarkt.nl sometimes uses estimates in its valuations. Remittances to former employers, agents and bonuses have not always been taken into account. In any case, the other premier league clubs contribute little to the total. Only Heerenveen and AZ cashed properly for Chidera Ejuke and Oussama Idrissi respectively. Both clubs collected about 12 million euros. That is much more than Feyenoord. That raised about 18 million a year ago, not a euro during the last transfer period.