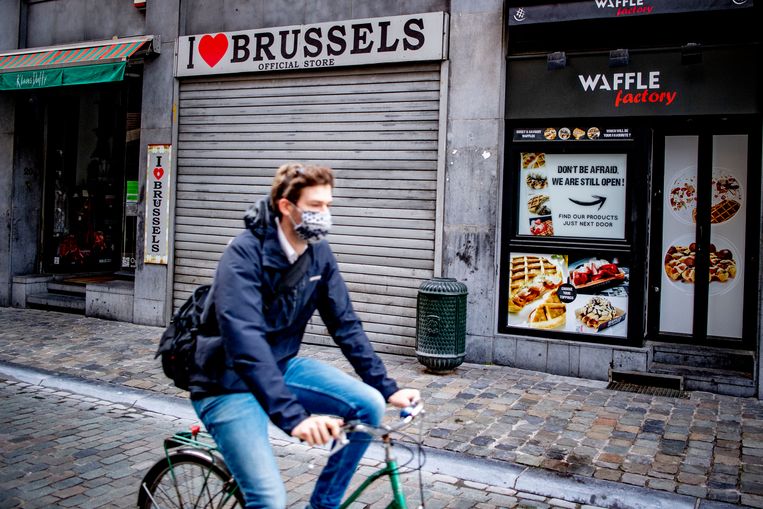 During the low point of the lockdown, the Dutch economy shrank less sharply than the (comparable) Belgian economy. Less strict measures, but also the wider experience with working from home contributed to that Dutch advantage. The Central Bureau of Statistics (CBS) reports this on the basis of comparative research.

The second quarter of this year – the months of April, May and June – was the focus of the lockdown. For example, the cafes and restaurants were closed and working from home was the norm. During that period, the economy in the Netherlands contracted by 9.4 percent compared to the same period a year earlier. In Belgium this was 14.5 percent. From an international point of view, those figures were not too bad. In the United Kingdom and Spain, for example, losses were recorded of up to more than 20 percent.

Statistics Netherlands calls the difference between the Netherlands and Belgium striking. Both countries have a small and open economy with a relatively large export and service sector. Business and financial service providers play a prominent role in this. The biggest differences were visible in the construction and retail sectors, among others.

In Dutch construction it was largely possible to continue working after consultation between employers’ organizations, the government and the trade unions. Restrictive measures were no more than advice. A ‘work-through protocol’ provided, among other things, a supervisor at the construction site. In Belgium, construction companies that could not keep their distance had to close their doors. Only from May 4 was construction allowed again in Belgium where it was not possible to keep a distance – but mandatory with a mouth mask.

Such a difference was also visible in the retail sector. In Belgium, all non-essential stores were closed from 17 March. It was not until 11 May that all stores in Belgium reopened – for hardware stores it was 18 April. In the Netherlands, all shops were allowed to remain open, provided they adhered to the measures. Dutch DIY stores had top sales during that period, thanks to the home handymen.

In the Netherlands, the industry had little difficulty in implementing the remote measures, notes the CBS. Many factories in Belgium closed their doors. A lack of parts also played a role. From 4 May, Belgian industrial companies that could not keep their distance were allowed to open their doors again, but with a masking obligation.

More experience with working from home turned out to be an advantage during the lockdown. In the Dutch financial sector, for example, almost half of the employees already worked from home at least once a week. In Belgium this was less than a quarter of the employees.

Despite the stricter measures, Belgium has so far been more severely affected by the corona virus than the Netherlands, according to figures from RIVM and the Belgian Sciensano. Both countries were corona fires in the spring, and they are now, but in Belgium nearly 900 persons per million inhabitants died from covid-19, in the Netherlands less than 400 according to official figures. Actual mortality is a lot higher in the Netherlands, because, unlike in Belgium, only those who have been diagnosed with the virus are counted here. Even if this discrepancy is taken into account, more people in the southern neighbors died from the virus.