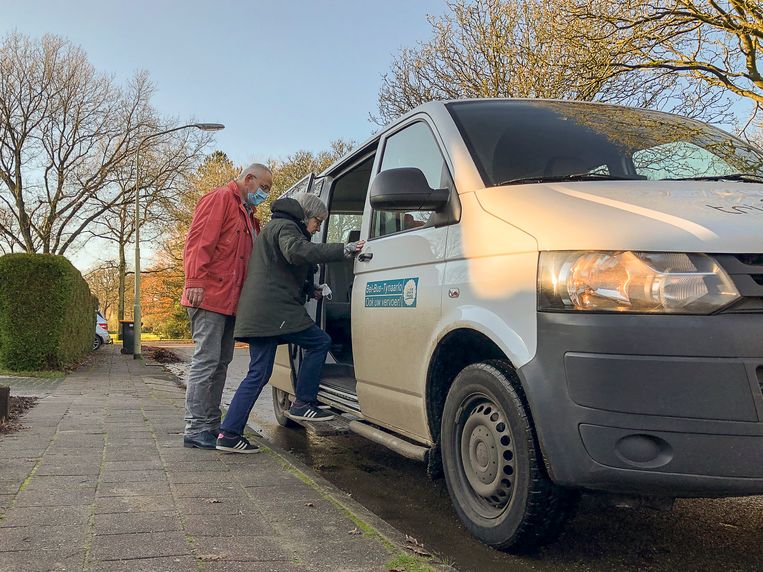 Leo Hegge thought he had arranged everything. The welfare organization in his municipality of Tynaarlo will stop using the ‘belbus’, a form of public transport by appointment, early next year. Especially elderly people with a small wallet make use of it when, for example, they have to go to the hospital. So Hegge joined forces with other volunteers to take over. ‘We now have a foundation, buses and drivers,’ he says. ‘But now we’re stuck on something completely different: the sofa. I didn’t expect that at all.’

Without a business bank account, the dial-a-bus cannot receive subsidies or make payments. But the RegioBank employee said he couldn’t do anything for him because of a reorganization. ‘Note: It is temporarily not possible to open a payment package for associations and foundations’, it says on the website. At Knab, the online bank: ditto. And Rabobank informed him that the waiting time is two to three months. Hegge: ‘We should already be driving by then.’

The dial-a-bus is not the only one that is close to despair. More and more charities, churches, owner’s associations and other voluntary organizations are finding themselves in a bind because they can barely get a business bank account, according to research by de Volkskrant. Local initiatives report lengthy procedures that in some cases last longer than six months. Triodos has an average waiting time of three months. New customers of the Volksbank brands SNS, ASN and Regiobank are even informed that they will not accept any foundations or associations for the time being.

The cause is the fight against criminal money. Since the record fine of 775 million euros for ING, banks have been strict on money laundering and terrorist financing. Innocent citizens and organizations appear collateral damage. Coffee shops, sex clubs, car dealers and real estate entrepreneurs have had trouble getting a bank account for some time. Development organizations active in the Middle East or Africa also complain about this. Unlike private accounts, banks are allowed to refuse bona fide organizations.

The fact that well-behaved volunteer organizations in the Netherlands are now also encountering this puts the matter at a premium. ‘This plays out throughout philanthropy’, says director Siep Wijsenbeek of the trade association FIN. ‘Everyone understands that financial institutions have a gatekeeper function, but this is getting through. Our sector largely runs on volunteers. They just want to do something good. Without a bank account that is made impossible for them.’

Joost van Alkemade, director of the Netherlands Volunteering Organizations (NOV), speaks of a ‘bizarre’ development. ‘If the high control costs are a problem, you can increase the rates further. But refuse altogether? It will not be the intention for organizations to hide their money under a mattress.’ Van Alkemade knows what he is talking about: the Owners’ Association of which he is a member has been rejected by both ASN and Triodos in recent weeks. ‘It is a new, sustainable housing project in Amersfoort. So we were the first to knock on the door of a bank that shares our ideals. That turned out to be impossible.’

The problems seem to be greatest with the smaller banks. ‘Associations and foundations require a lot of research,’ explains a spokesman for de Volksbank. ‘We can only process some applications by being selective.’ Contrary to what is stated on the website, according to him, at least at RegioBank, foundations and associations are still being helped ‘drop by drop’. Self-employed persons and small companies are accepted in any case. Reason: they are easier to control.

Triodos has not accepted an ‘Association of Owners and Housing Associations’ for some time, according to the bank’s official criteria. For other non-profit organizations, the bank says in a written response that it is making a lot of effort. The fact is that banks have to collect a lot of information about foundations and associations. A spokesperson for Rabobank sums up: ‘the ultimate beneficial owner, control and ownership, insight into the articles of association, origin of assets and the like’. He cannot confirm whether these centralized customer checks in the so-called ‘Bunker’ in Zeist indeed last two to three months.

In the meantime, eight thousand employees in the entire banking sector are chasing wrong money full-time. They reported 245 thousand unusual transactions last year, an increase of 58 percent. Only a fraction of these led to a criminal case. This leads to annoyance among the financial institutions, which already have the feeling that they are looking for a needle in a haystack.

The banks announce a joint investigation into the extent of the problem, plus possible solutions. Because the growing number of ‘bankless people’ is crying out for action, the new chairman of the Dutch Banking Association, Medy van der Laan, openly admits. ‘Can we harass our customers a little less and still combat criminal undermining? That is the question. In any case, it is not our intention to categorically exclude certain sectors.’

Leo Hegge of the dial-a-bus in the north of Drenthe is now in talks with ING. He is hopeful that the foundation will be able to open a business account there in the near future. Then the volunteer drivers can continue driving with peace of mind.