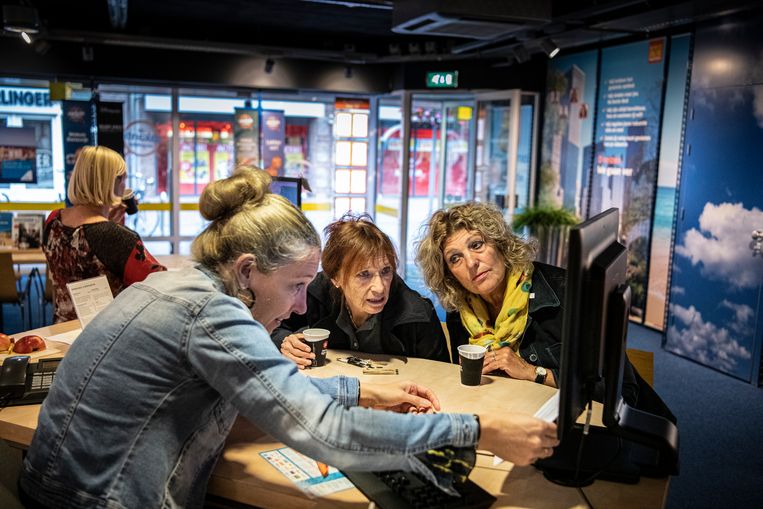 After a severe crisis year, Drt Groep, the company behind D-Reizen, has been declared bankrupt by the court in Haarlem. The curtain falls for the travel agent. Franchise entrepreneurs who operate under the name VakantieXperts will continue.

Bankruptcy did not come out of the blue. D-Reizen has provided vouchers to customers worth many millions of euros to compensate for package trips that could not take place due to the corona crisis. Now that a year has passed since the first vouchers were issued, customers have the right to request a cash refund. This resulted in major liquidity problems for D-trips; after all, the travel industry has had hardly any income for a year.

D-Reizen hoped for a solution in the form of government support; The Hague would support travel organizations through a so-called ‘voucher fund’ containing 400 million euros, managed by the Stichting Garantiefonds Reisgelden (SGR). Travel companies can borrow money from this to refund customers for their vouchers, thus preventing them from going bankrupt. The aid plan was approved by the European Commission last week, but it was too late for D trips. The company could no longer hold off the creditors.

Moreover, those creditors had little faith in D-Reizen’s claim that the voucher fund would solve the problems. At the end of March, the preliminary relief judge in Rotterdam ruled that D-Reizen is not entitled to the fund in advance. D-Reizen had brought summary proceedings against the SGR to establish that right. As a travel broker – a party that does not organize travel but only resells – would probably not be eligible for a loan from the fund, according to the judge.

D-Reizen would appear in court again on Tuesday afternoon. Tour operator TUI demanded that D-trips transfer the amount that customers had paid for a trip with TUI. D-Reizen said he needed the money himself. Previously, D-trips assured TUI that things would be sorted out if a loan could be claimed after the creation of the voucher fund. Given the outcome of the preliminary relief proceedings between D-Reizen and the SGR, TUI had little confidence in this.

After a year of lockdowns and travel bans, the entire travel industry is in shambles, from airlines to accommodation providers and tour operators. But this does not mean that the bankruptcy of D-Reizen heralds a boom in collapsing travel companies.

Firstly, D-travel in the Netherlands was by far the largest in a specific sub-sector: the classic travel agent. Unlike tour operators such as TUI or Corendon, a travel agent does not have its own ‘end product’. It has no hotels, no planes, no coaches. D-Reizen, like a number of others, was a travel broker who sold third-party products. The added value consists of convenience: you come to us and we arrange everything.

Since the advent of the internet, the industry has seen the number of customers decline, because holidaymakers can more easily put together a trip themselves. You can go a long way with an app from Booking.com and an app from KLM. Although D-travel was financially healthy before the corona crisis, says Marco van Leeuwen, lecturer in tourism at Breda University of Applied Sciences (formerly the National University of Tourism and Traffic), but had to slim down a bit by closing shops in recent years. Tour operators, package travel organizers such as TUI and Corendon, were on the rise in years before the corona crisis. As a result, the larger companies in particular often had a little more meat on their bones, although they too are now suffering heavily.

In addition, most travel agencies (except for D-trips) are from retailers, often well-known names in their place of business. Many of them will therefore be fine, thinks travel industry expert Van Leeuwen. ‘The entire travel agency industry is struggling, but I really believe in this kind local heroes. As soon as vacations become possible again, many people will want to book immediately. Until then, local brokers will have to manage on their reserves, but they have a good and loyal customer network and can get back up quickly. ‘

The demise of D-trips does cause pain elsewhere in the chain, warns Frank Oostdam of the General Dutch Association of Travel Companies (ANVR). Customers of D trips will receive the value of the voucher back through the SGR. But the SGR then recovers part of that amount from the tour operator, the party that would actually carry out the trip booked with D-trips. These tour operators are often still waiting for money from D-trips. There is a threat of considerable financial damage for them, sometimes even in the millions. ‘

And D-trips? Tourism expert Van Leeuwen also considers a restart not out of the question. Perhaps with fewer stores and a much stronger online presence. “It’s a bit crude, but in this respect bankruptcy is a good way to significantly reduce the number of stores in one fell swoop.”

D-Reizen became an established name in the industry. At the time of the bankruptcy, the company had 285 travel agents and 1,150 employees. This made it the largest travel broker in the Netherlands. Last year, Jan Henne took over de Dijn D-Reizen from the German RT / Raiffeisen Touristik Group. With the announcement of the voucher fund, De Dijn still had every confidence in the resilience of the company at the time.