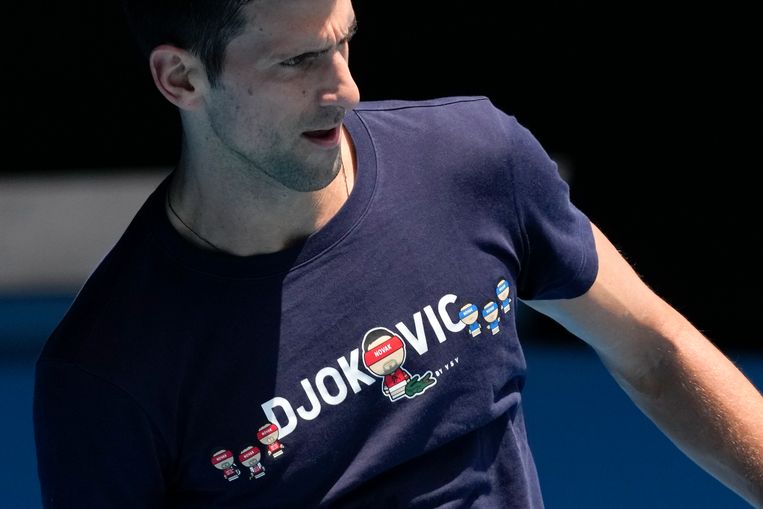 Despite a court ruling in his favor, the current world number 1 in men’s tennis is still unsure of his participation in the Australian Open, which starts next week. The unvaccinated Djokovic thought he could avoid the strict entry rules on the basis of a ‘medical exemption’, but customs withdrew his visa on arrival. On Monday, the judge ruled that this should not have happened.

However, the 34-year-old Serb can still be deported from Australia. Immigration Secretary Alex Hawke is currently considering whether to exercise his ‘personal power’. Now that it has become clear that Djokovic made a mistake in filling out his entry forms, Hawke has postponed his decision until at least Thursday, the Australian news agency AAP reported. The ministry wants to conduct further investigation first.

Djokovic is said to have indicated on the entry forms that he had not traveled to Melbourne, where the Australian Open is being held, in the fourteen days before departure. However, the Serb was spotted in Spain and Belgrade at the end of last month. Giving false or misleading information is a criminal offense in Australia.

Djokovic wrote on his social media on Wednesday that it was a human error, which would have been made “certainly not intentionally” by his accompanying team. “My agent sincerely apologizes for the clerical error in ticking the wrong box about my previous trip before coming to Australia,” said Djokovic, who has since provided additional information to the Australian government.

Djokovic also spoke out about an interview he physically gave to the French magazine in mid-December L’Equipe, a day after he tested positive for the coronavirus. He called his cooperation in that interview an ‘error of judgement’. ‘I felt obliged to go ahead and do the interview with L’Equipe because I didn’t want to let the journalist down,” said Djokovic.

After his arrival in Australia, Djokovic was forced to stay in a quarantine hotel for days. After the judge’s ruling, he was allowed to go outside again on Monday. Pending the minister’s decision, he is now preparing for the grand slam tournament, in which he is provisionally placed first. The draw for the tournament is Thursday.

Last year, Djokovic won the tournament for the ninth time. If he also manages to do that a tenth time, he will win a total of 21 Grand Slam titles. That would make him the new male world record holder. Currently, Djokovic as well as Rafael Nadal and Roger Federer have 20 titles to their name.