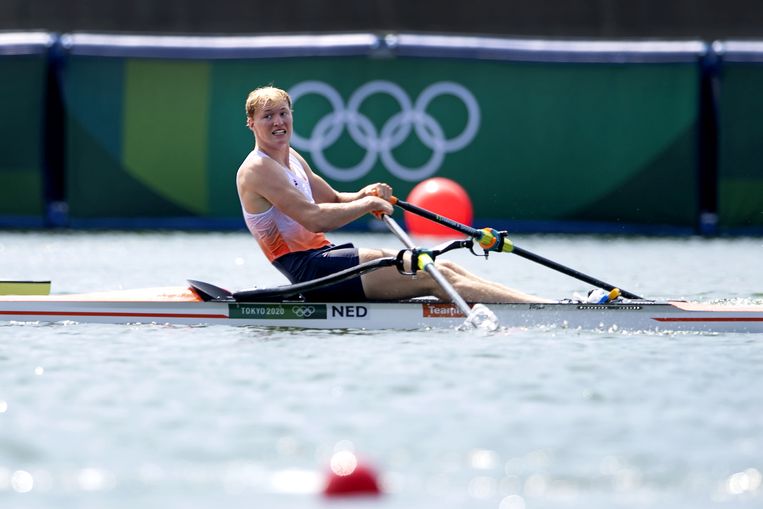 The 21-year-old skiffer, who has now been in isolation for seven days, had taken into account that the virus is still in his body. Not because of complaints, which he had and still does not have, but out of self-protection. ‘Then it can only be better than expected.’

Since Thursday, he has been called every day between 10 and 11 am on the hotel telephone. If he wants to come down to the dining room on the first floor, for a PCR test. There are two chairs ready and staff to take the tests, the usual juggling with saliva and test tubes.

On Friday he saw Josy Verdonkschot for a while when his test was over. It was the turn of the women’s rowing coach after him. He’s already on day six. That’s getting along.’

It’s rare for someone to get a negative test result twice within the fixed 10-day period. Florijn certainly doesn’t know anyone who was that lucky. There was, however, the hotel guest who tested negative on the sixth day, but turned out to be infected again a day later. “He was sick of it for a while.”

Even though Florijn had set himself up for a positive test, that it actually turned out that way, it still stung him. On request, he received the results confirmed in an email with the hard-core conclusion in a dry table. ‘You hope so much that you can go home earlier. Away from here. But yes, they say that sometimes you can still test positive after a month.’

In theory, Florijn could go home on Saturday afternoon at the earliest, if his tests on Friday and Saturday are both negative. ‘After the first negative test, they ensure that you are processed extra quickly the second day after.’ Then he doesn’t have to wait until the next day for a message, as he does now.

He doesn’t expect to experience it. “I guess I just have to complete those ten days.” Just like Candy Jacobs, who was the first Dutch person to leave the corona hotel on Friday morning. Verdonkschot escorted her off. Florin was still asleep at the time. “She went out at six in the morning. I did send her a text though. We’ve all done that. Yes, she was very happy to go home.’