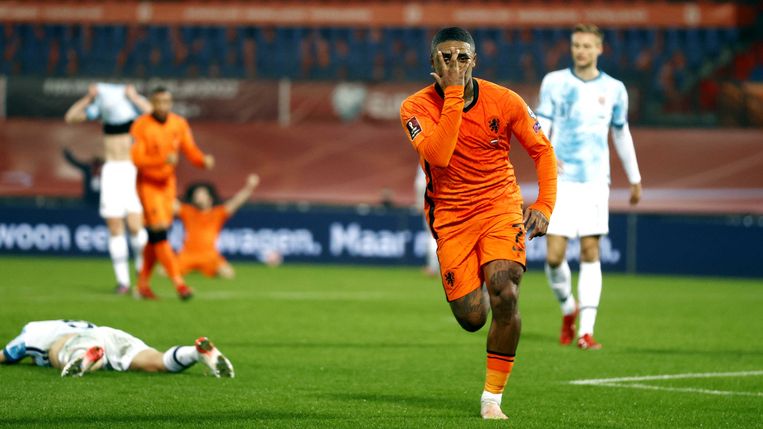 With a bang in the top right corner at the 1-0 and the calm down to Memphis Depay at the 2-0, Bergwijn crowns a remarkably strong duel for the Orange. Although the attacker has ended up on the bench at his club Tottenham Hotspur, Bergwijn is applying against the Norwegians for a base place at the Orange squad.

But whether that place will be in a three-man vanguard in a 4-3-3 system, is the question. Because even under national coach Louis van Gaal, the Dutch wingers do not render enough to make the choice for a playing formation with three attackers a necessity.

In the nine positions in the team that are not occupied by wing tips, Van Gaal has proved to be very consistent since his return. In each of these nine positions, he changes occupation a maximum of once in his basic formation. And that is often also the result of injuries, such as the drafting of Jasper Cillessen and Matthijs de Ligt against Norway is due to the injuries of Justin Bijlow and Stefan de Vrij.

But where Van Gaal clearly envisions the occupation of his goal, defence, midfield and striker position, he continues to search on the flanks. In seven international matches he lets six different wingers start. After his choice against Norway for Bergwijn on the right and Arnaut Danjuma on the left, Van Gaal is on five flank duos in seven matches.

The qualities of the wingers differ too little. After three months under Van Gaal, it is unclear who of the six Bergwijn, Danjuma, Steven Berghuis, Cody Gakpo, Noa Lang and Donyell Malen should be the starting duo in a fully fit selection.

Van Gaal’s search makes sense, given the numbers. The starting wingers have difficulty with productive attacking play. To put it bluntly: the wing tips at Orange score too little. Of the 22 goals in 7 international matches under Van Gaal’s management, Bergwijn’s goal against Norway is only the second score by a winger, who participates as a starting player.

Also in terms of assists, the harvest is scanty for the wingers in the Van Gaal era. Despite the great results against Turkey (6-1) and Gibraltar (6-0), not a single wing striker at the Orange team achieved more than one assist in these seven matches. In fact, Memphis under Van Gaal alone is almost good for as many assists (4) as all wingers added together (5).

With wingers struggling to convert their actions into goals and assists, Memphis’s reliance on forwards remains immense. The striker (10 goals, 4 assists) is directly involved in 14 of the 22 hits of Orange under Van Gaal: 64 percent of the production goes through Memphis.

Based on hard figures, continuing to position two wingers does not feel tenable. Given the presence of three centre-backs with leading roles in top European competitions in the selection (Van Dijk, De Vrij, De Ligt) and two serious alternatives to a central role in the defense (Timber, Blind), a return to a three-way system seems likely. center defenders make more sense.