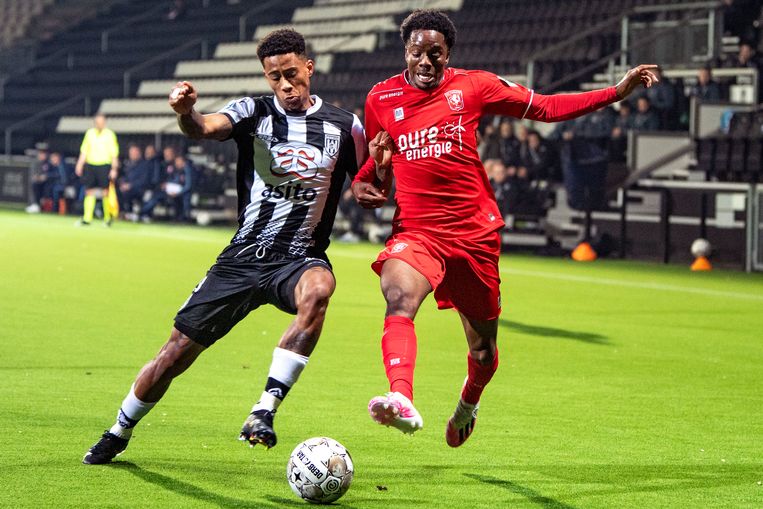 With his rushes along the sidelines, Jayden Oosterwolde is one of the trendsetters at FC Twente. But it would have been close if the 19-year-old self-trained left back had worn the shirt of Heracles on Saturday night in the derby of the East (2-2), where he trained for two weeks at the start of the season. ‘My heart is with Twente, but if I hadn’t gotten the chance here, I would have gone to Heracles.’

The choice of Zwollenaar Oosterwolde marks the beginning of a new era between the arch rivals, who are more than ever condemned to each other. Since this season, Twente and Heracles have given a new meaning to their joint youth academy, which has existed since 2003, but was mainly seen as the training institute of Twente.

Where Twente accounted for 90 to 95 percent of the costs for a long time and thus had control, Heracles mainly participated because every professional club must have a youth academy to be eligible for a license. Since this season, the contribution has been equal and both clubs pay eight to nine tons per year. In this way, the burdens for Twente were lightened and Heracles has more control over its own training.

“We believe that one good youth academy is better than two mediocre ones,” says Tim Gilissen. Although the technical director of Heracles can almost say that there are also disadvantages to the construction. For example, when both clubs would like to recruit a talent, as was the case for the first time at Oosterwolde, at the beginning of this season.

‘We do it together, but you are also each other’s biggest competitor somewhere,’ says Gilissen. He knows it is not the ideal scenario, but calls it the best solution given the circumstances. ‘We start from our own philosophy and it is ultimately the player who decides: does he choose the best story, the most perspective or the highest offer?’

With Joël Drommel, Ramiz Zerrouki, Godfried Roemeratoe, Jesse Bosch and Oosterwolde, five self-trained players will kick off Saturday evening at Twente. At Heracles, not one starts in the starting team. Gilissen is not immediately concerned. ‘I understand that those players have chosen Twente. For years they have been in the youth academy that has carried the predicate Twente. I am confident that the difference will be corrected in the coming years. ‘

The common goal of both clubs is to get as many footballers from the region as possible in the first teams, although that is increasingly difficult in a world that is increasingly international. Despite the five self-trained players at Twente, Bosch is the only Tukker on the field. The 21-year-old midfielder from De Lutte finds it ‘very special’ that the rivals behind the scenes have been working together more closely than ever since this season.

At Heracles, Rohat Agca, with whom Bosch played together in the youth for four years, sits on the bench for the entire match. Born from Almelo, he chose Heracles. ‘I think that is strange. You are each other’s teammates for a long time and suddenly you play football with the great rival, ‘says Bosch. ‘I would find it very difficult to play for Heracles. That’s because my heart is with Twente. ‘

On the other hand, the joint youth training offers the talents a double perspective. They have the opportunity to enter professional football through two clubs. Bosch, who only wore the red shirt of Twente in his youth: ‘Yes, if you don’t have that strong feeling for Twente or Heracles, then you have two options.’

Heracles takes the lead early on through Ismail Azzaoui. Not much later Queensy equalizes Menig. In the second half, the same scenario is repeated shortly after the break. Rai Vloet again puts Heracles ahead, after which Twente striker Danilo quickly draws the score again: 2-2. Apart from that, almost nothing happens.

Thus the derby of the East passes silently. “Of course this is a very special match, but a derby without supporters is not a real derby,” says Bosch, who is the only Tukker who hopes to welcome more talents from the region in the derby in the near future. Just like Gilissen: “But it takes a while before we reap the benefits of the new collaboration.”