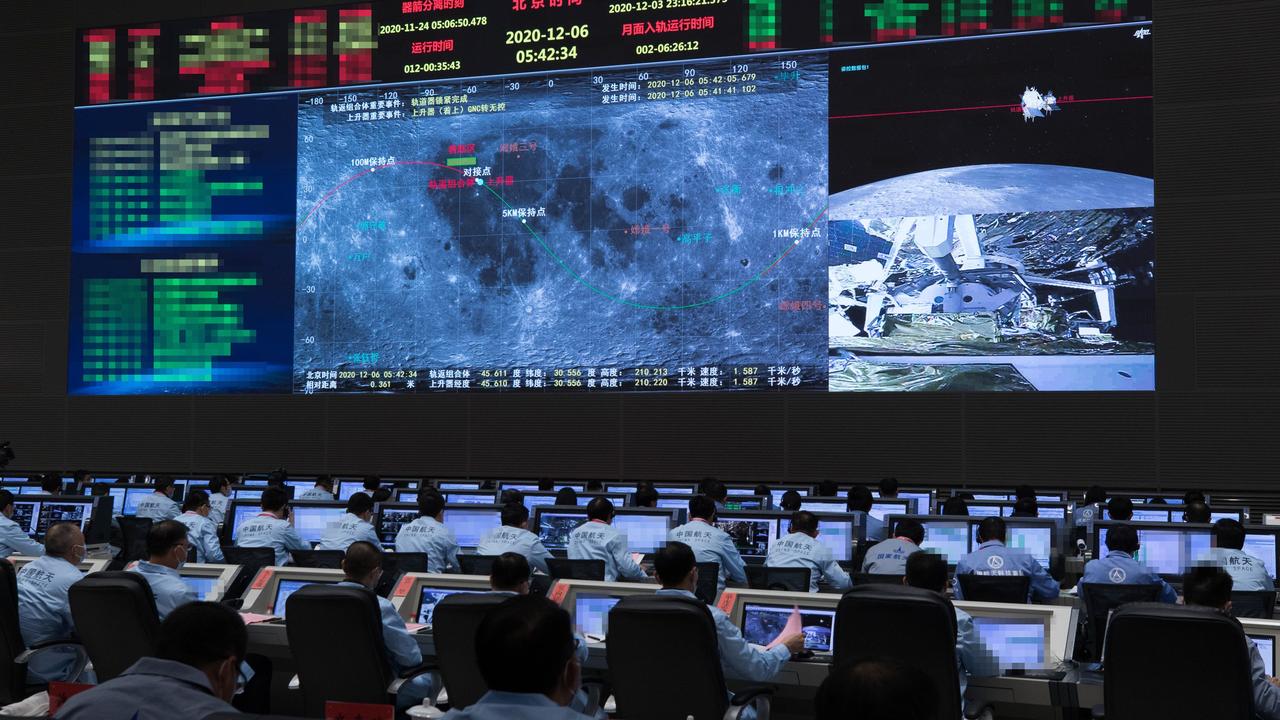 The Chinese capsule with moon rocks on board landed safely back on Earth on Wednesday evening (Dutch time). The Chang’e 5 mission landed in the Inner Mongolia region of North China. It is the first time since the American Apollo 17 mission in 1976 that moon rocks have been brought back to Earth.

Chang’e-5 was launched to the moon on November 23. On December 1 it landed on the volcanic formation of Mons Rümker. This spot in the northern hemisphere of the moon was formed about a billion years ago. Mons Rümker is therefore much younger than many other explored places on the moon.

The lander was taken to the moon by a probe. Upon arrival, a landing vehicle was sent to the lunar surface and the probe continued to orbit the moon as a satellite. On the surface, the lander collected about 2 kilos of lunar material, which it put into a capsule on board some sort of ‘intermediate vehicle’.

The lander is left on the lunar surface, as well as a Chinese flag. This makes China the second country to have a flag on the moon. The United States was first, when astronauts Neil Armstrong and Buzz Aldrin planted a flag on the moon at the first Moon landing in 1969.

The capsule was picked from the steppe by a special team. The stones will now be taken to the Chinese capital Beijing, where they will be examined. With the stones, China wants to learn more about the history and the structure of the moon.