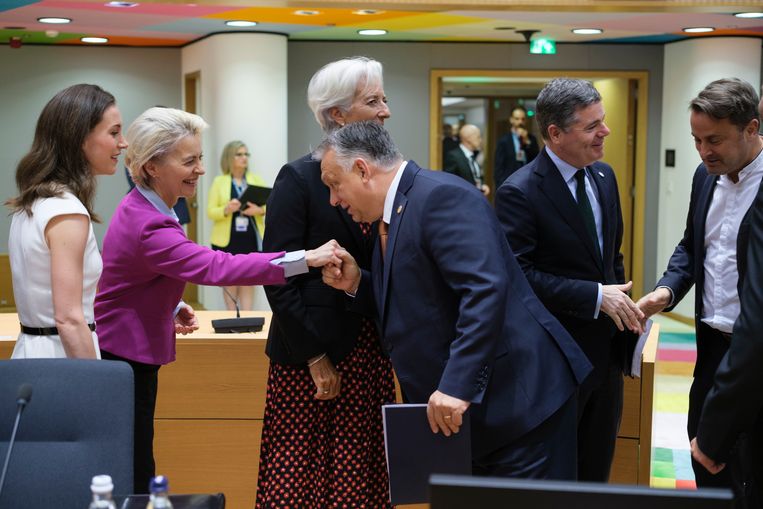 1. What does the European Commission want?

As soon as a crisis erupts, European member states mainly think about themselves, as it turned out at the start of the corona pandemic. Member states closed borders on their own and hoarded masks, causing shortages elsewhere in Europe. The European Commission believes that this should change in future crises.

The proposed solution is called single market emergency instrument. This allows the Commission to force companies to share information about their stocks and production capacity, in order to map the situation with supply if shortages threaten. The Commission can also purchase on behalf of EU countries, to prevent them from bidding against each other. Member States themselves may be asked to increase production of specific goods or to keep exports to other EU countries going.

If the shortages are really serious, the worst crisis mode can come into effect. Brussels can then, for example, impose binding production targets on member states and force companies to give priority to European customers.

That goes a long way. These interventions will therefore not be used lightly, the Commission promises. Only after approval by a majority of the Member States, the Commission will be given the increased powers.

2. In which scenarios might this type of intervention be necessary?

Given the pandemic, Russian aggression in Ukraine and the impact of climate change, the EU is already in a ‘perma crisis’, said Internal Market Commissioner Thierry Breton. It is difficult to predict which future crisis may lead to scarcity in Europe.

The proposal does not cover food, medical supplies and computer chips, for which similar emergency measures have already been adopted or are under development.

Fertilizer is an example of a product that would fall under the new regulation and which is currently at risk of shortages, says legal scholar Klaas Hendrik Eller, assistant professor at the University of Amsterdam. This is a result of the high gas prices. Or think of a conflict with China that could stop it supplying solar panels and other technologies, he says. “Or a natural disaster that shuts down important factories.”

According to Eller, the corona crisis has made it clear that additional direction from Brussels may be necessary to prevent member states from antagonizing each other in such scenarios. “But I’m less sure whether this plan is effective.”

3. What criticism is there of this plan?

According to Eller, the Commission seems to be overestimating how easily it can manage supply chains. ‘They are complex. If the Commission says: make more of this, that will change little if shortages of raw materials or parts are the underlying problem.’

It is clear that not all EU Member States are equally enthusiastic. Nine of them, including the Netherlands, Denmark and Sweden, warned the Commission by letter this summer against ‘adjusting industries’ from Brussels. The fear of them and lobbyists from the business community is that the European market could gain from a planned economy.

The Commission objects that the plan is precisely intended to keep the internal market going, even in difficult times. Eller agrees, ‘although in the most serious crisis mode the plan is indeed far-reaching’.

In some sectors, it could harm European companies, he says. ‘Companies from outside the EU may think: why should I sign a contract with that European company if the Commission can thwart those agreements tomorrow? Although I don’t think most sectors will be bothered by this.’

Trade unions have a completely different concern. The Commission’s proposal is to replace an already existing regulation that includes the right to strike, a safeguard clause not included in the new plan. European Commissioner Breton said that the right to strike is not affected, but the Confederation of European Trade Unions (ETUC) wants this in black and white.

4. Will the plan come in this form?

That is worth considering all the criticism. The European Parliament and the Member States will consider the Commission proposal in the near future. It will certainly be months before a proposal on this is adopted.

Eller also sees great divisions about the plan. ‘What form it takes will depend to a large extent on what crises the public and policy makers have in their minds in the coming period. You also see it in national legislation: what emergency powers a government has been given is always based on the crisis that seemed most realistic.’