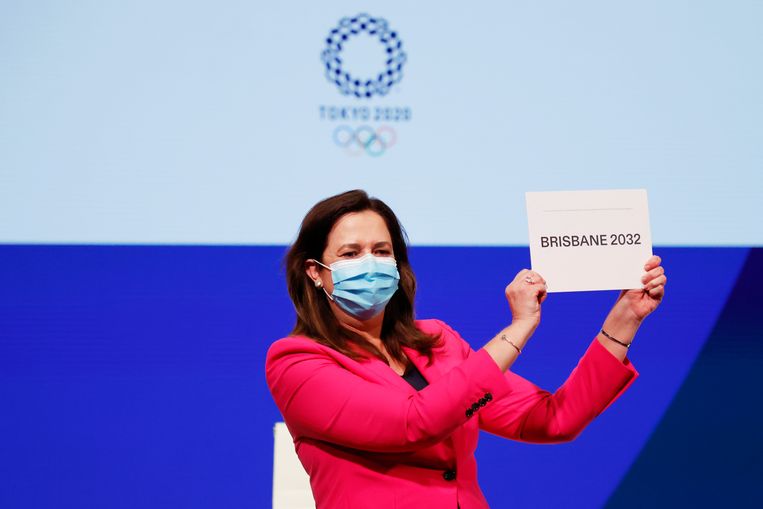 The 138th session of the International Olympic Committee, a group of sports executives, businessmen and nobles, assigned the event to Brisbane on Wednesday, eleven years before the start of that edition of the Games.

The allocation to the Australians came about through a completely new electoral method. The IOC, plagued by corruption in host city election in the past (Nagano 1998, Salt Lake City 2002 and even Tokyo 2020), has opted for selection by a small committee, the Future City Commission. It actively approaches a city, negotiates and actually leaves other interested cities out in the cold.

The session, the annual meeting, stamps the nomination. By February Brisbane had already been granted the exclusive right to negotiate. In June, the central board, the executive committee, found the candidacy perfectly in order and on Wednesday the formal confirmation of all those preliminary processes followed. With 72 votes in favour, 5 against and 3 abstentions, the coveted 2032 event went to Brisbane.

The countries that had expressed their interest in that Olympic year were numerous. It involved Qatar, Hungary, India, Indonesia, even an attractive duo bid from North and South Korea, with Germany as the really strong candidate. The Rhine and Ruhr area, with cities such as Aachen, Dortmund, Cologne, Leverkusen, Mönchengladbach, Essen and Oberhausen, thought it would benefit from the presidency of fellow countryman Thomas Bach. The German agglomerate was not even allowed to come and talk.

The new style selection committee was chaired by John Coates, the chairman of the Australian Olympic Committee and vice president of the IOC. He stepped down from the committee when it came to actions and decisions. It led to fierce criticism against Coates, a powerful man who heads the coordination committee in Tokyo.

In uncertain times, the IOC is now assured of three strong host cities for the upcoming Summer Games. Paris 2024 and Los Angeles 2028 were designated in one surprising played out session at the time. Brisbane 2032 is considered a stable candidate. “The Australians know what organizing is,” said IOC chief Bach. The idea that the Netherlands, in this case Amsterdam, could once again be elevated to an Olympic candidate city is a vain one. The Netherlands no longer has an IOC member, and depends on the influence of the Aruban Nicole Hoevertsz, who was elected vice president of the IOC in Tokyo.