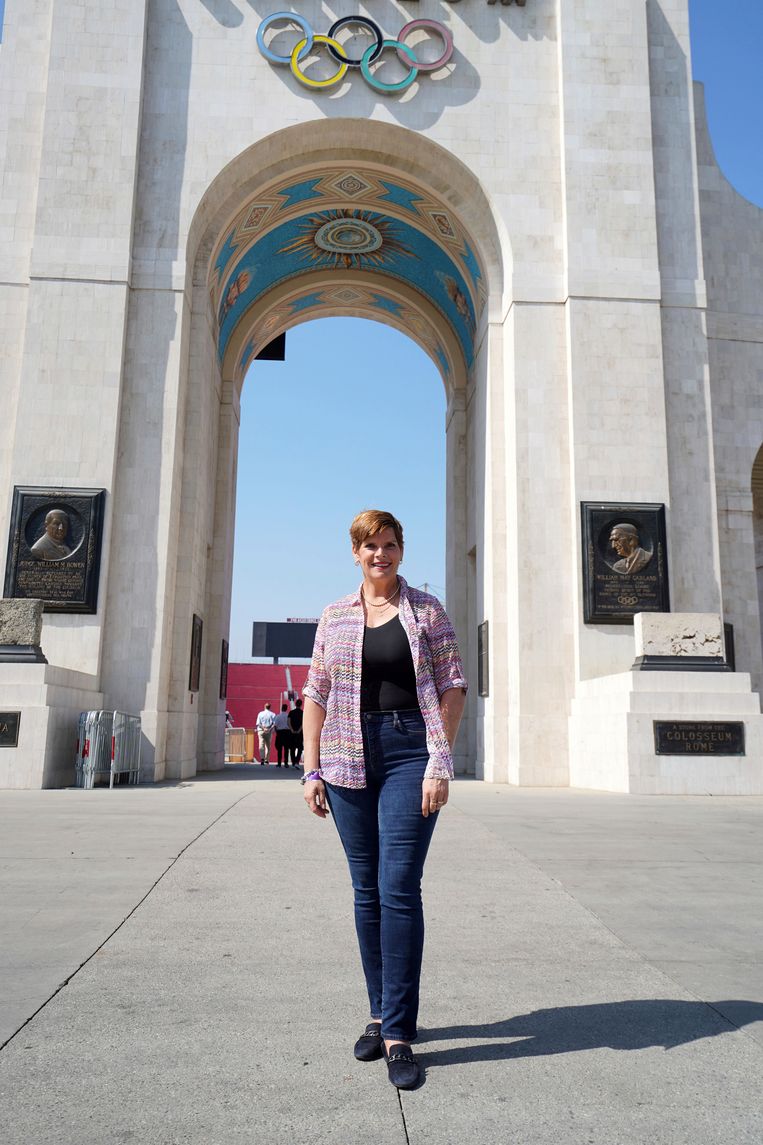 During the first eleven years, as a representative for Aruba, Nicole Hoevertsz only noticed the insiders within the International Olympic Committee. But from 2017 that changed. She joined the fifteen-person board and was given a number of striking and responsible jobs. On Wednesday she was appointed vice-president of the IOC, her name already sounds like a possible successor to the German IOC president Thomas Bach.

But first the Vice-Presidency. One of the things that speaks strongly for Hoevertsz is that she claims to be completely free from the corruption with which so many of her renowned predecessors have been associated. Nicole Hoevertsz (57), a lawyer trained in Curaçao and in the Netherlands, is known for being incorruptible. But also as someone who ‘stands for her opinion and cannot be fooled’. Fair, enthusiastic, strong, and expert on all files.

Hoevertsz was born and raised in Oranjestad, the capital of Aruba. An island, so surrounded by a lot of water. But that children learn to swim was not and is not self-evident. A public swimming pool did not exist in her youth. The young Nicole made her first serious strokes not in the Caribbean Sea, but in the swimming pools of the tourist hotels. She was taught what was then called ‘water ballet’.

The first time she became actively acquainted with the international sports spectacle was in 1984, when she played as a duet swimmer in Los Angeles for the Netherlands Antilles. It was not a medal. But the love for the Games, which she said she already had in the 1970s, has grown since then. Hoevertsz himself was also a coach for the swimmers of Aruba.

Her breakthrough at the IOC was her appointment to the executive board. As an Aruban, she was not only able to represent the smaller (island) countries, just like her colleague from Fiji, but she was also quickly assigned a number of heavy tasks. For example, she heads the committee that is preparing for the 2028 Summer Games in Los Angeles.

Hoevertsz was also the chairman of the so-called implementation committee for the participation of Russian athletes in the 2018 Winter Games in South Korea. The Russian Olympic Committee was suspended after all doping scandals. But individual Russian athletes could get an invitation. Nicole Hoevertsz involved herself in the sensitive matter in detail, and so at the opening in Pyeongchang the Russian athletes entered without their flag behind a sign that read ‘Olympic athletes of Russia’.

The friendly, very gracious, but also unyielding Hoevertsz has not only refined her knowledge of sports diplomacy with this precarious job, but also presented her calling card for her further career. It is still early days, but the question of her ambition for the very highest IOC position has been asked before. “If it has to be, then that’s okay,” was her calm answer in an interview in 2019. “If it isn’t, that’s okay too.”

From athlete to IOC

What makes her unique in her new position as one of the four vice-chairs, Hoevertsz states in writing de Volkskrant to know is that she went through ‘the entire process’ herself, from athlete and coach to eventually the IOC. In doing so, it wants to support not only the smaller sports organizations, but also the individual athletes. Keywords herein for Hoevertsz are equality, respect, responsibility, and good and ‘integrity’ governance.

All this can be done better, so it can be concluded indirectly. But Hoevertsz is a loyal team player, who is not tempted to open criticism. It is not without reason that she calls the IOC ‘an impressive organization’ of about five hundred men and women who do their work ‘very well’. In recent years, she herself has indicated and proven that she is very loyal to the ‘brand’ Olympic Games, a multi-billion dollar industry with ramifications within multinationals and certainly also the international television world.

A point that Hoevertsz does not mention explicitly but is important is the often damaged image of the IOC as an organization with administrators who appear to be sensitive to corruption when allocating the Games. Nicole Hoevertsz herself says that she has never been offered money for her vote and has never been accused of this by anyone. “Apparently I radiate that I am not receptive to that,” she said in a 2018 interview.

Finally, ‘that goes without saying’, she hopes to continue to encourage the entire team of her own Aruba. Three athletes from the Caribbean island will participate in Tokyo this year, including two swimmers. The public is not welcome at these Games, but if it all goes ahead, the vice president of the IOC will probably be able to cheer, whether or not from behind a mask.

Nicole Hoevertsz may have been a member of the International Olympic Committee for years, but she has also worked for the government on her native island for more than a quarter of a century. Between 2009 and 2017 she was secretary of the Council of Ministers in Aruba.

Hoevertsz was lucky. In 1986 Aruba was given ‘separate status’ and, as an autonomous country within the Kingdom, it could have its own Olympic Committee and delegation. Since 1996, the IOC has only allowed independent countries to do this. Athletes from Curaçao and Sint Maarten, autonomous countries since 2010, should therefore choose the Netherlands or Aruba.

The daughter of a Limburg mother and an Aruban father described herself for a long time as ‘shy’. Until Hoevertsz came to the Netherlands and got her doctorate in law in Leiden: ‘As a student in the Netherlands you learn that you have to have an opinion.’