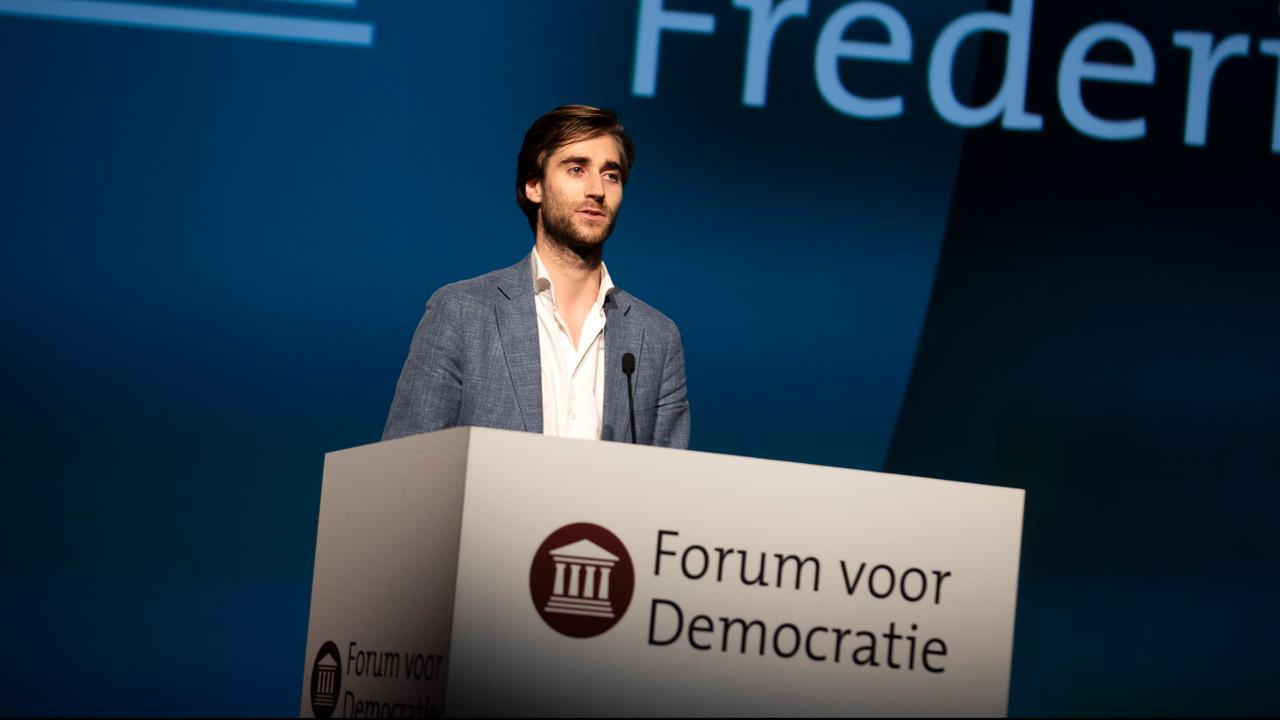 The board of Youth Organization Forum for Democracy (JFVD) is temporarily withdrawing, that was announced on Sunday afternoon via Twitter. On Saturday, some coordinators of the youth organization were dismissed for sharing anti-Semitic and homophobic messages in app groups.

The JFVD board has asked Paul Cliteur, Olaf Ephraim and Wybren van Haga to investigate the matter. While that investigation continues, the board has decided to withdraw “to avoid any appearance of a conflict of interest”. The board of Form van Democracy has agreed to the temporary withdrawal.

Senator Annabel Nanninga and European parliamentarian Rob Roos, among others, think that the youth department of their Forum for Democracy party is not taking hard enough action, they write on social media on Sunday. Political leader Thierry Baudet described the response of the youth board as an “excellent performance”.

Nanninga calls the response that the board of the Youth Organization Forum for Democracy (JFVD) sent out on Saturday evening “too little, too late”, and demands “a complete reorganization” of the organization. “It is unacceptable that people with these kinds of ideas are in our party and that they are not immediately taken hard against it,” she tweeted. She made a call for “complete remediation” of the youth department.

“I am averse to all forms of racism and anti-Semitism”, Roos adds. “Personally, I would have preferred that we had really cleaned up the house and shut down the JFVD in one go.”

Several coordinators of the Youth Organization Forum for Democracy (JFVD) would have shown Nazi sympathies in app groups, wrote Het Parool Saturday. The newspaper said it had screenshots of anti-Semitic and homophobic statements made by members of JFVD in app groups and Instagram posts. The newspaper has also held discussions with anonymous sources.

A 23-year-old student, who was recently appointed coordinator of the South Holland branch of the party, said in app conversations in app conversations such as “Jews have international pedo networks and help women en masse into pornography” and “contains national socialism. the best economic formula ever “.

Board says to be ‘shocked’

The board of JFVD announced on Saturday “in shockto be of utterances, true Het Parool on Saturday, but states that these are “quotes out of context”. Nevertheless, the board decided on Saturday to remove the affected members from their positions, “in the interest of the party”.

The board has also asked Senator Paul Cliteur, treasurer Olaf Ephraim and Member of Parliament Wybren van Haga for an investigation, “to see how this can be better prevented in the future”. Political leader Thierry Baudet then spoke of “excellent performance”.

In May, the political party already expelled three members for “unacceptable statements”. According to Het Parool five whistleblowers have also been expelled from the party. They would have raised the alarm because of the extremist statements of the 23-year-old student and seventeen other JFVD members.

In a letter, the JFVD board calls the actions of the five whistleblowers “inciting”. According to the administration, they wanted to harm the party by leaking “defamatory material” to the press.