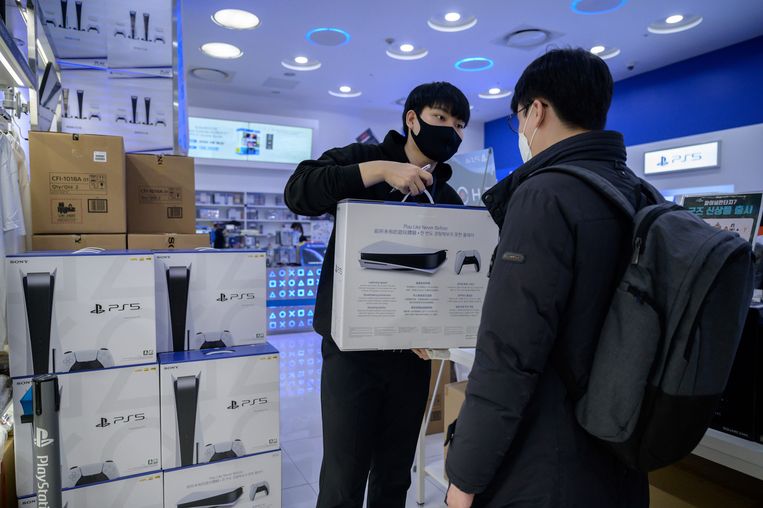 In this case, bots are small automatic programs that keep an eye on specific products on the internet, or pages of web shops. The most innocent versions raise the alarm when a product is discounted. But there are also programs that place an order fully automatically, after which the actual buyer sells the goods for a much higher price via a web auction.

That last seems to have happened with the PlayStation 5, the new game console from Sony that was introduced last week. It was already clear that the Japanese company could not meet the demand by far.

Web store Coolblue held a playful competition nine days ago in which the winner was given the opportunity to buy one. More than 80 thousand people seized that opportunity, just on the order.

Larger retail chains and web shops would receive no more than a few hundred consoles. This week it turned out that groups of buyers through coordinated actions bought thousands of PlayStations the second they were offered in online stores.

A British group told the Business Insider news site that it had bought up nearly 2,500 Sony machines in this way, in addition to the 1,000 game consoles they had ‘scored’ in the presale. CrepChiefNotify has claimed not to have used bots, but experts doubt that.

The group sold its PlayStations for twice the retail price through internet auctions such as eBay. Profit from profiteering divided among the ‘members’ of CrepChiefNotify. This network charges a membership from 29 to 399 pounds sterling (33.50 to 448 euros). They not only buy game consoles, but also rare versions of sneakers and even hot tubs for the home, according to a spokesman for the group. Business Insider.

‘Scalping’ is a phenomenon that already existed on websites that sell tickets for concerts and other events. In some countries this usury has now been banned, but the law usually does not apply to other products. Whether and how widespread the phenomenon is in the Netherlands is unclear.

Web shops say they are taking measures to prevent traders from stealing large batches of offers. An Amazon spokesperson in London reports that the web super is monitoring the activity of bots on its website. ‘We have also set up systems in which we limit the number of orders for products that are in high demand. For example, an account can only purchase a wanted item once. ‘ A second purchase would be blocked.

Manufacturers are also taking measures against loan sharks. According to a leaked memo, the American chipmaker AMD has asked online stores to avoid speculation with its latest video cards, in order to avoid disappointment among customers. Those stores should only sell one Radeo RX 6000 card or Ryzen 5000 processor per customer and manually check that no bots have been at work.

Meanwhile, some of Amazon’s UK customers have a completely different problem. They ordered a PlayStation 5, were told they were among the lucky ones who passed the pre-order and their order is on its way. What they eventually found in the shipping box was an air fryer, a foot massager, bags of cat food, or a bale of rice. Amazon has announced that it is conducting an investigation.


Bargain Festival Black Friday is not for everyone. Dump prices are causing problems for producers from poor countries and smaller Dutch retailers. A retailer: ‘I have to participate in Black Friday, otherwise I have no turnover. And then people say they are sorry that small shops are disappearing. ‘

Not everyone is cheering at the Black Friday bargain festival. In France, votes were raised last year to ban ‘the planet’s clearance sale’.

Are Black Friday Deals Really That Affordable? You can hardly escape the bargain spectacle. With these tips in De Gids you will not be overwhelmed and you will find the real offers.