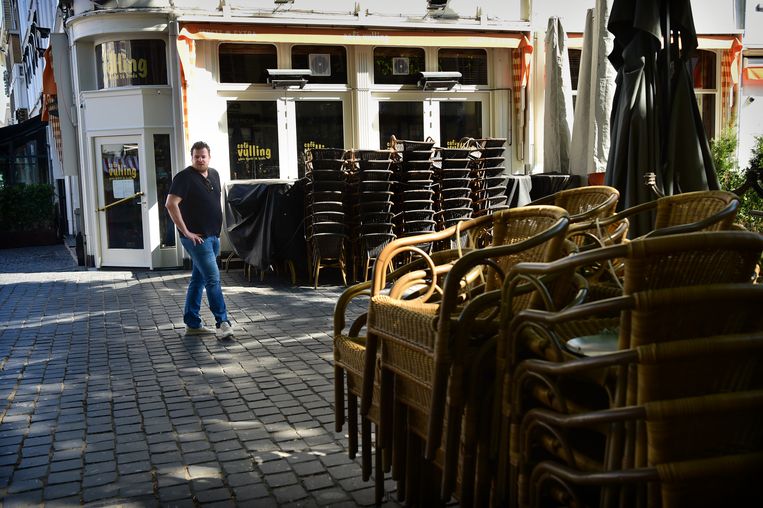 ‘The government roadmap is increasingly difficult to explain to a sector in which many companies are about to collapse,’ says Hanssen. ‘And that while they could play again under certain conditions.’

The cabinet will probably only announce light easing on Tuesday, because the number of infections is still rising. The catering industry is at the back again?

Hanssen: ‘The situation in the hospitality industry is downright bad. You notice that entrepreneurs are beaten to death. We only hear from the government: no, nothing is possible. You are not allowed to open. The shock was good after the last road map of the cabinet. We are afraid it will take months before cafes and restaurants can do something again. We now have to discuss a responsible reopening of the catering industry, otherwise an entire sector will be led to the slaughter. ‘

The beer brewers note that the decline by catering companies has plummeted dramatically last year.

‘The catering industry had 92 percent less turnover in January than in January 2020. And figures for February will be even worse, because carnival was included a year earlier. You are talking about an almost negligible turnover. How many more months can the catering sector keep that off? ‘

Last weekend Fieldlab Events again organized tests with the public. Why not a comparable experiment in the hospitality industry?

‘With the beautiful weather, the corona rules in Breda would have been easier to enforce by opening the terrace on the Grote Markt than by allowing two thousand people to enter Stadspark Valkenberg. The catering industry is part of the solution to regulate visitor flows. Now we are forced to send people into the park with takeaway and let it happen that it gets too busy.

If there ever was a chance to experiment with visitors on a patio, it was now. It’s a missed opportunity. The moves have been made earlier, the catering companies showed how flexible they are after the first lockdown last year. Unfortunately, we never received an answer, while Koninklijke Horeca Nederland presented an alternative roadmap. ‘

As long as the number of infections increases, is the reopening of the catering industry hopeless?

‘We also know that full pubs are an illusion for the time being, that is the last thing we advocate for. But there is a big difference between all or nothing. Look at what is possible per segment, also give the café owner, with one fifth of the normal occupancy, the opportunity to do business again. Now everyone is in a kind of coma. ‘

The brewers predict a wave of bankruptcies in the catering industry, as soon as the support packages are phased out after the pandemic. Isn’t it also a natural selection?

‘I hear those sounds too. But in a doom scenario, 25 percent of catering companies will not survive the corona crisis. It would mean that one in four cases will disappear. We have to worry about the people who are not going to make it.

‘In Breda, a covenant has been concluded with the municipality and parties such as banks, the tax authorities and benefits agency UWV, to make the landing as smooth as possible for that group. It would be good to take over that initiative nationwide. ‘