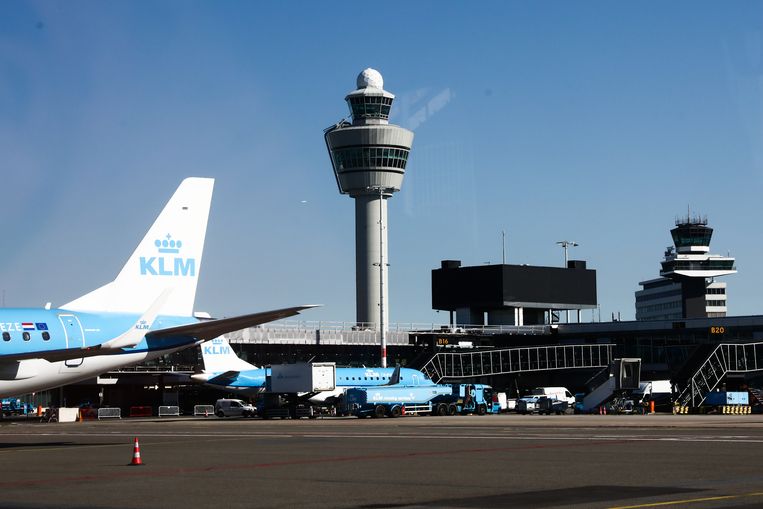 Hi Wilco. Dick Benschop previously refused to resign as boss of Schiphol, now he is leaving. What happened?

‘Simply put, last Monday. Then things went wrong again at the airport. FNV director Joost van Doesburg even spoke of the worst day since the end of April. The hope was that the problems at Schiphol would be solved after the summer, but the opposite turned out to be the case.

‘The crux of the matter is the summer bonus for the airport security officers. This has been reduced from 5 euros to 1.40 euros per hour with effect from 5 September. If people come for that bonus, Van Doesburg said, they will also leave when it disappears.

‘In the short term, the problems only threatened to get worse. As a result, Benschop’s position became untenable. He seems to have come to the conclusion that he had to resign. According to the official reading, he offered his resignation to the chairman of the supervisory board on Wednesday evening. But when someone is sent away, it is often said that this happens on their own initiative.’

‘Not only as a manager of passenger flows, Benschop has also failed as a lobbyist. He was brought in in 2018 to steer Schiphol’s growth in the right direction. But last June, the cabinet said that Schiphol should return to 440 thousand flights, instead of increasing further to 530 thousand. That was an unprecedented step. The decision on opening Lelystad Airport, which was supposed to take over holiday flights, has also been postponed until 2024. As a recognized networker, Benschop has therefore failed.’

Will Benschop’s departure have short-term consequences for Schiphol?

‘No. Many parties are relieved that Benschop is gone, because he himself had become part of the problem, but the big question remains: what now? Those queues are still there. On Thursday, it was also announced that 18 percent fewer passengers may be transported in October. As a result, the autumn holiday threatens to fall into the water. So the whole industry is outraged again.

‘Benschop will stay on until a successor has been found, but he is completely paralyzed. An interim boss will now be appointed, who must save what can be saved in the short term. The name of Wouter Koolmees is mentioned, but he seems to deny it himself. For the time being there is no improvement in sight – quite the contrary, in fact.’

Is Schiphol now looking for a president with a completely different profile?

‘It won’t be the same type as Benschop, no. Officially, the supervisory board is responsible for this, but Schiphol is 70 percent of the State and 20 percent of the municipality of Amsterdam. On Thursday, alderman Shula Rijxman, who has Schiphol in her portfolio, already announced that the city is in favor of ‘the human dimension’. Nor can I imagine that the government will accept someone who opposes the contraction.

‘The aviation sector, which is still trying to get out of the contraction, actually likes someone who bangs their fist on the table. The sector is talking about a breath of fresh air. In The Telegraph the name Pier Eringa was already mentioned, until 2019 the striking boss of ProRail.

‘Schiphol’s new boss will soon be sitting between all parties: the government and the aviation sector, but also the local residents and Greenpeace, which will soon be protesting at the airport again. It is the ‘most difficult job in the Netherlands’, said Jan van Ingen Schenau, a friend of Van Benschop. You are under pressure on all sides.’

Is it already known when Benschop’s successor will be appointed?

‘No, although Marnix Fruitema, the chairman of Barin, the interest group of the airlines, did say that he had ‘high hopes’ that a successor would soon come. He sometimes heard something, he said. Apparently, people in and around Schiphol think that someone can be appointed quickly.

‘That in itself is not so strange. Benschop’s departure had been in the air for some time. I can imagine that the supervisory board, whose job that is, has already carefully thought about who could succeed Benschop before this week.

‘It remains to be seen whether those approaching Schiphol are interested in it. It’s still a dog track. And with Schiphol you never know. The verb ‘schiphollen’, to twist the facts, is even in the Fat Van Dale. Anything can happen in this file.’