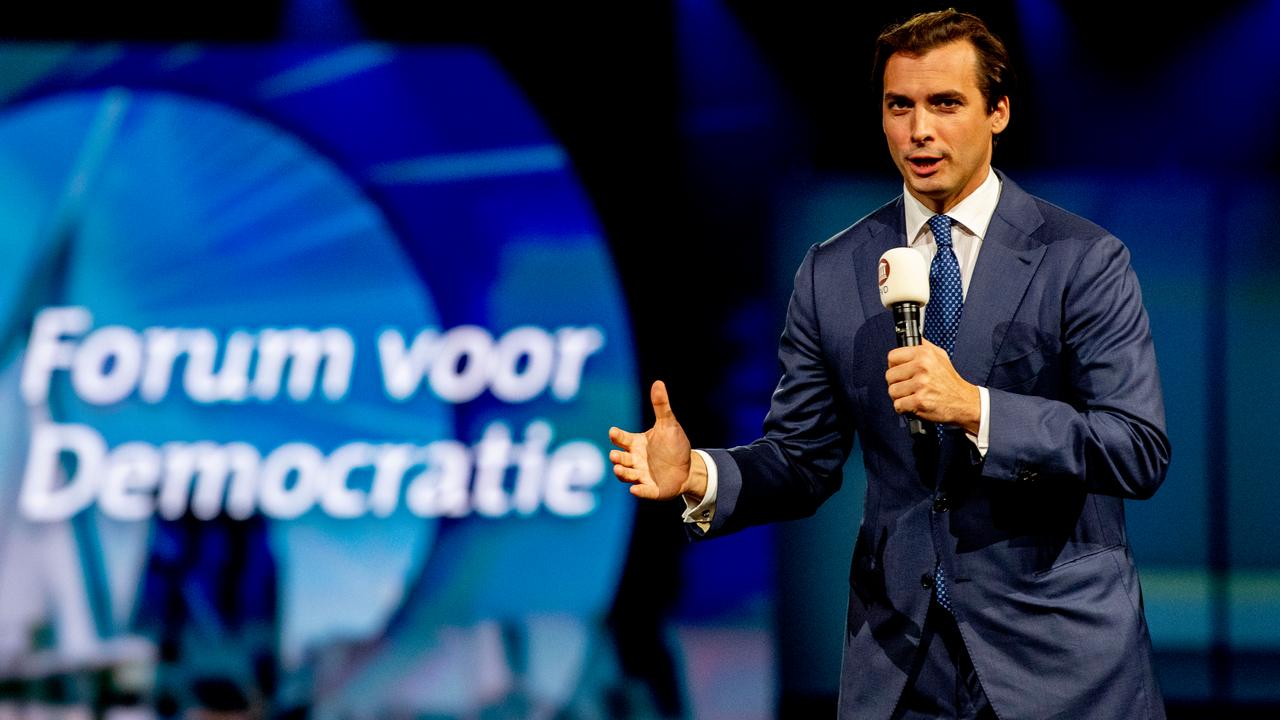 Thierry Baudet is withdrawing as party leader of the Forum for Democracy (FVD). In a video on Twitter, he made his position available on Monday, after party members continued to press for the departure of his confidant and candidate MP Freek Jansen. Baudet will remain in parliament and will remain as party chairman of FVD, a spokesperson said.

“When a culture emerges from trial by media, or if things have actually happened that cannot be tolerated, I want to take political responsibility, “Baudet says in the video on Twitter, then he makes his position available.

At first it was not clear whether Baudet would withdraw immediately. A spokesman for Forum for Democracy has now confirmed this against NU.nl.

Party leader, list pusher, party chairman: this is the difference

FVD and in particular the youth branch JFVD were discredited this weekend by anti-Semitic statements by the youth association. The situation escalated when a large group of prominent senators and party members turned against Jansen. Jansen is a fraction employee, is considered the right hand of Baudet and is in seventh place on the candidate list.

One of the members who posted far-right texts in WhatsApp groups stated, among other things, that “Jews have international pedo networks and are helping women en masse into pornography”. He also praised the “economic formula” of “National Socialism”.

Earlier this year, research by HP / The Time that in the youth club of FVD structural anti-Semitic and fascist statements are made. Het Parool revealed this weekend that little seems to have changed in the JFVD, according to screenshots of recent app conversations. In it, Nazi sympathies were expressed and the music that the far-right Australian terrorist played on the way to the attacks on two mosques in New Zealand’s Christchurch was distributed.

For FVD it is not the first time that the party has been discredited. Party leader Baudet, among others, recently told untruths about Moroccans who allegedly harassed his friends, while it was about a NS ticket check. At the beginning of this year, he provoked the wrath of the House by proclaiming the extreme right-wing racist “population theory” in the House of Representatives.

Even before his arrival in the House, he said he feared the “homeopathic dilution” of the Dutch population and expressed the wish that Europe should remain dominant white. He also dined with the far-right Jared Taylor and Fausto Lanser, the founder of the far-right racist Erkenbrand. This movement was described by the National Coordinator for Counterterrorism and Security in 2018 as a “threat to the democratic legal order”.

In an attempt to nip the latest riot in the bud, the board of JFVD announced a new investigation, but Senator Annabel Nanninga, among others (not undisputed because of anti-Semitic tweets from the past), was not satisfied with this. Monday evening it appeared from reports from NRC that the top of the candidate list, including number two Theo Hiddema, has given Baudet an ultimatum: JFVD must be disbanded and Jansen must leave.

It is not clear whether Jansen is still on the list.