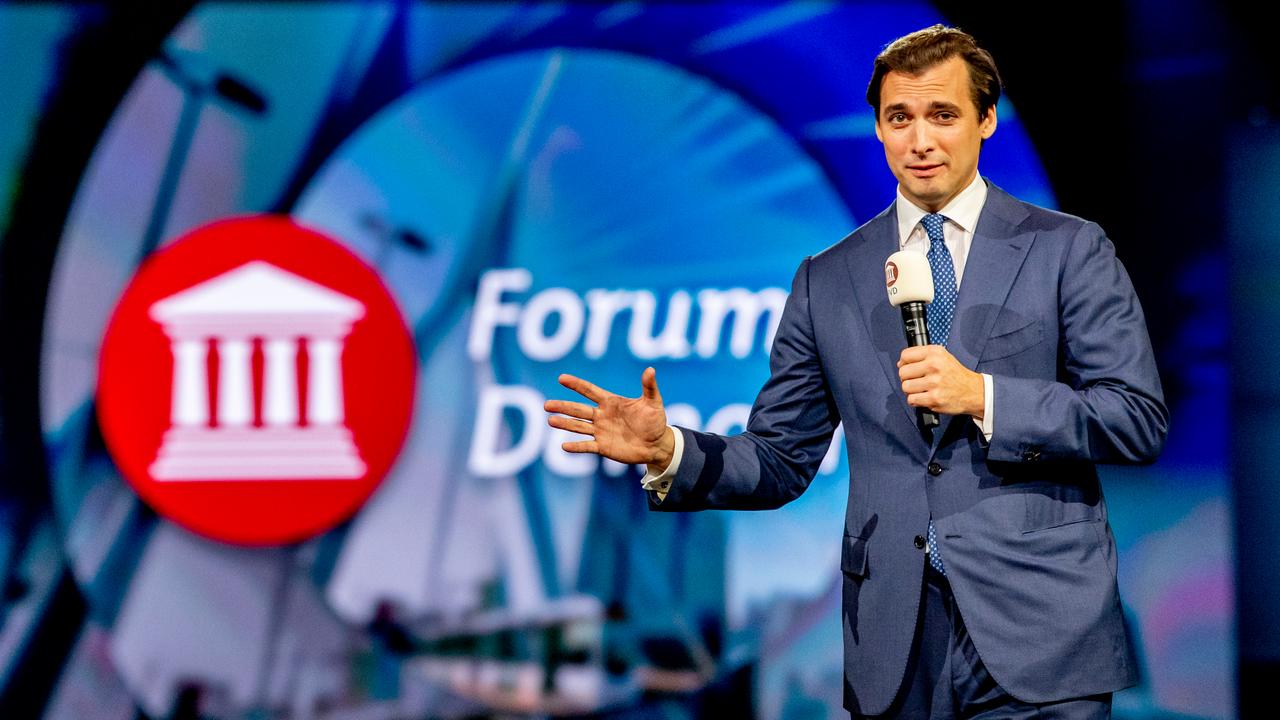 Thierry Baudet has been appointed party leader by the FVD members. In the past 24 hours in which they could vote digitally, 76 percent of the votes cast went to Baudet. He will now have control over the installation of a new party board and a new candidate list for the parliamentary elections in March 2021.

More than 37,000 (81 percent) of the 45,720 FVD members voted. They could answer yes or no to the question: do you want Thierry Baudet to remain party leader of the Forum for Democracy?

As the winner, Baudet is allowed to form a new board together with Olaf Ephraim – who, unlike the other board members, has continued to support Baudet and draw up a new list of candidates for the House of Representatives elections.

If Baudet had lost, he would have had to withdraw and there would be a new board with a new list.

Baudet said in a statement on Friday that he felt supported “by the overwhelming result” of the members’ consultation and “the enormous mandate that FVD members have given me today”. He says he will continue to work for the party “with full conviction” in the coming period.

In addition, he says he is saying goodbye to “those who do not agree with my line”. However, Baudet says he is open to “conciliatory talks” with the “doubters”.

The FVD board has not yet responded to the result.

Earlier on Friday, former party leader of FVD in Overijssel, Johan Almekinders, announced that he is taking the board to court for “mismanagement” surrounding the referendum.

Partly on behalf of other former FVD members of Parliament in Overijssel and Utrecht, he wants the judge to annul the referendum result. There is not yet a date for a lawsuit. Almekinders was expelled from the party last Thursday due to earlier criticism.

The referendum was already controversial. First of all because according to FVD it was possible to vote anonymously, but NOS and RTL News showed that this was not the case.

According to RTL News-journalist Daniel Verlaan the system keeps track of “exactly who you are and what you vote”. FVD claimed in a response that votes are stored anonymously and cannot be traced back to an individual.

There was also criticism of the shape. A binding referendum is not an official instrument of the party. A further explanation therefore referred to “an informal consultation of members”, in which board members Rob Rooken, Lennart van der Linden, Baudet and Ephraim “discussed and recorded the consequences with each other in advance”.

Unprecedented chaos within FVD due to racism and anti-Semitism

The members’ consultation followed two weeks of unprecedented chaos within the party and an exodus of prominent FVD’ers. That chaos arose after youth branch JFVD after reporting by Het Parool had been discredited for Nazi, anti-Semitic and homophobic statements in app groups.

The JFVD members were not tackled, a few were even promoted within the party. Party members who expressed concerns were expelled from the party.

The resigned FVD members were struck by the fact that Baudet did not distance himself from the course of events. He continued to support candidate member of parliament and JFVD chairman Freek Jansen. Jansen himself is also not of impeccable behavior.

Incidents seem to form a pattern

The unrest fits in the pattern of recent years in which Baudet has regularly been discredited for racist and anti-Semitic statements.

For example, Baudet would have said two weeks ago during a dinner with candidate MPs that FVD members who put the Holocaust into perspective in the app group are not stupid, but have “a very high IQ”. “That’s why they say these things.”

FVD surprisingly came in 2017 with two seats in the House of Representatives. The party even won the Provincial Council elections in March 2019 and became the largest party in the Senate with twelve seats in one fell swoop.

Since then it has been going downhill for the party. Internal quarrels have resulted in senators breaking off or resigning. FVD now has four seats left in the Senate.