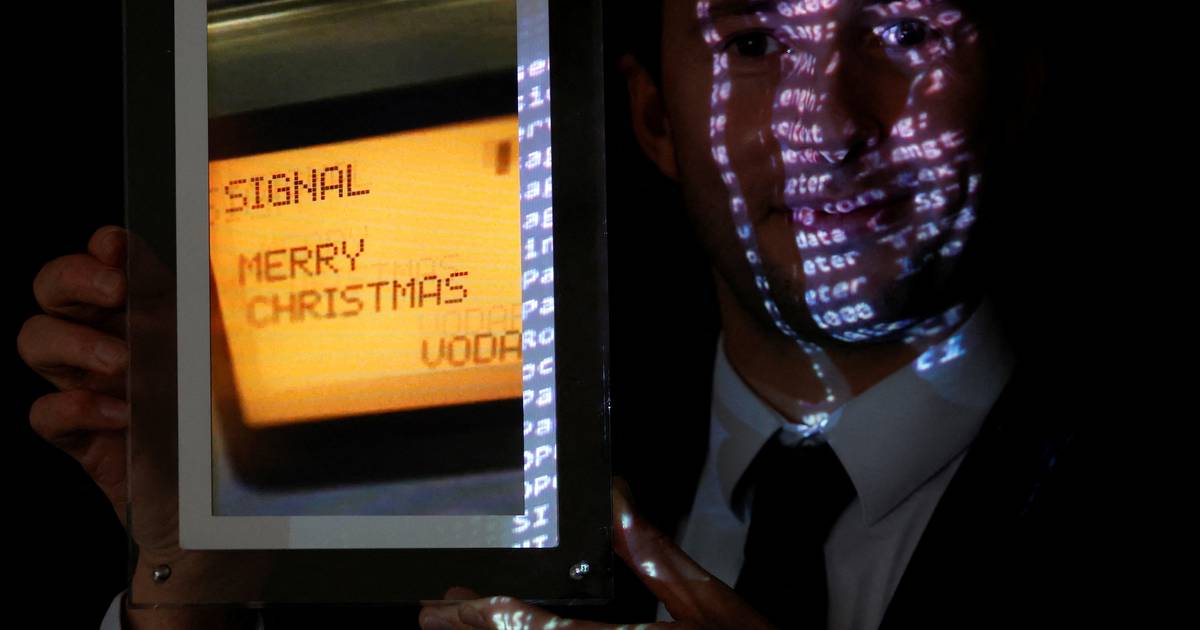 It has not been revealed who bought the text message. The piece of telecom history went on sale at the French auction house Aguttes as a so-called non-fungible token (NFT), meaning it has a digital certificate of authenticity and is considered the original. Whoever bought the code, secured by blockchain technology, is thus arguably the digital owner of the historic SMS that contains the text ‘MERRY CHRISTMAS’.

That first SMS (short for ‘short message service’) contained 14 characters and was received on 3 December 1992 by Richard Jarvis, a then director of the British telecommunications company Vodafone. Programmer Neil Papworth, then 22, was the writer and dispatcher, so early on he wished his boss a “Merry Christmas.” Recipient Richard David was surprised by the report during a Christmas party of the company. He received the message on an Orbitel 901, one of the first cell phones. Since then, Papworth has regularly appeared in TV shows around the world when another lustrum has to be celebrated. “I only recently told my children that I sent the first text message ever, and now I know that that Christmas message was a key moment in the history of mobile communication,” said Papworth. the Finnish engineer Matti Makkonen, in 2015.

Due to the rise of the smartphone and services such as WhatsApp, fewer text messages have been sent in recent years. But worldwide, more than 560 billion text messages are still sent every month.

Watch our tech videos in the playlist below: