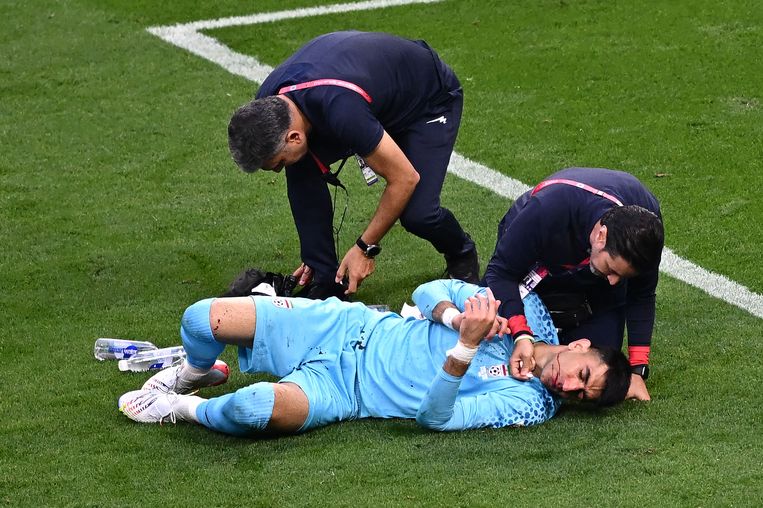 “Football is a simple game. 22 people run after a ball for ninety minutes and at the end the Germans win.’ This old wisdom from the English ex-pro Gary Lineker seems more outdated than ever. Because the Germans are no longer so unapproachable, but mainly because a football match that lasts ninety minutes is the exception rather than the rule at the current World Cup.

Davy Klaassen made the 0-2 for the Netherlands against Senegal on Monday in the 99th minute. The Netherlands-Senegal had a total of 12 minutes and 49 seconds of added playing time, first and second half added together. That was by no means the most playing time. England-Iran is so far the crown. There, 27 minutes were played longer, partly due to a head injury to the Iranian goalkeeper. Saudi Arabia-Argentina added 21 minutes to the official playing time. No game has been shorter than 100 minutes so far.

The extremely long injury times are mainly due to new policy of world football association Fifa. The Italian chairman of the refereeing committee Pierluigi Collina announced last week that supporters should not be surprised if a half lasts ‘seven or eight minutes’ longer.

Although there are officially ninety minutes on the clock at a football game, the ball usually only rolls for about sixty minutes. In the first 32 games of the previous World Cup, the game with the longest so-called ‘clean playing time’ was more than 63 minutes, the data journalism website calculated. FiveThirtyEight. The shortest was 44 minutes and 36 seconds. Not even a full half was actually played.

According to the rules, not every moment that the game is stopped, the referee must actually come to the rescue at the end. On average, seven minutes of injury time were added last World Cup, where it should have been thirteen minutes, if Fifa had strictly followed its own rules. By paying closer attention to how long the game is stopped at this World Cup, for example due to substitutions or injuries, FIFA wants to offer fans more so-called ‘pure playing time’ and therefore more action.

What then ensures that relatively little football is played during a match? Collina attributes this to, among other things, celebrating a goal: ‘If you have three goals in a half, you lose four, five minutes with four before you start again.’

Other points: the time the video referee needs to check questionable moments, injury treatments, substitutions and time wasting. The latter is a great annoyance, but if the referee ultimately accurately records how much time it takes and also adds those minutes exactly, it becomes less attractive to do.

However, the main time keepers are dead game moments. FiveThirtyEight calculated that almost 11 percent of the playing time at the previous World Cup was taken up by free kicks. Throw-ins accounted for another 8 percent.

It is therefore questionable whether the official playing time and the actual playing time will ever really approach each other, just by adding a large number of minutes at the end of a half. Just let a player dribble away with the ball at a free kick, was one of the proposals of the International Football Association Board (Ifab), the organization that oversees the international rules of football, in 2017. The ball may also not have to be stationary first.

And most importantly: make a match shorter. Two halves of thirty minutes, but just like in hockey and basketball: when the game stops, the clock also stops. Perhaps the Germans always win in the last minute, but then you at least know exactly when that last minute is.