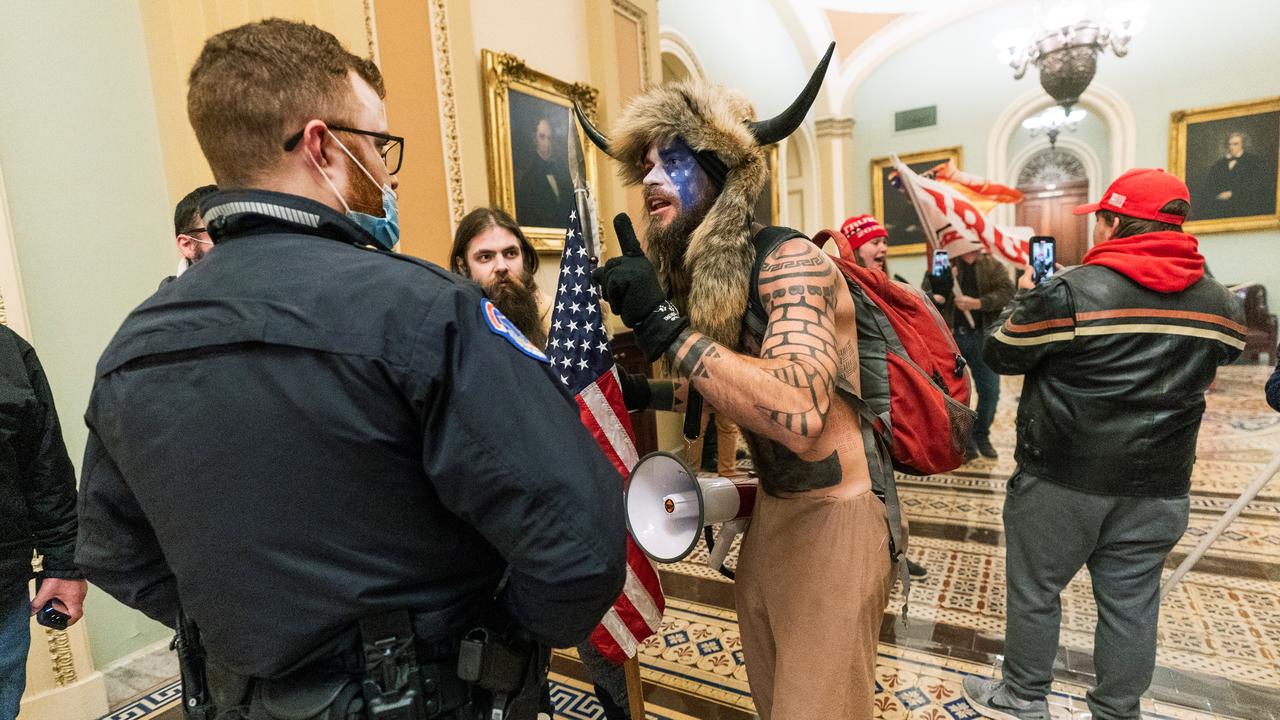 People involved in the storming of the Capitol this week have been arrested again in the United States, a press release said on Saturday. Among them is Jacob Anthony Chansley, the man who could be seen wearing horns and make-up on his head.

“He had horns, wore a bearskin headdress, had make-up and didn’t wear a shirt,” the public prosecutor describes the man. “He also carried a spear.”

The prosecutor has said that Jacob Anthony Chansley, who also calls himself Jake Angeli, is being prosecuted for entering the property illegally. He is also accused of disorderly behavior. The man was arrested on Saturday.

The man who ran off the pulpit of Speaker of the US House of Representatives Nancy Pelosi during the assault has also been detained. Adam Johnson himself posted pictures of his deed online.

A third suspect, a local politician, was arrested on Friday. Derrick Evans has broadcast the storm in a live stream. The Republican was sworn in in the West Virginia lower house in December.

The US Congress met at the Capitol on Wednesday to formally determine that Joe Biden is the winner of the presidential election. About an hour after the meeting started, supporters of Donald Trump stormed the building. Five people were killed in the disturbances. One of them is a cop who died after a confrontation with the perpetrators of violence.