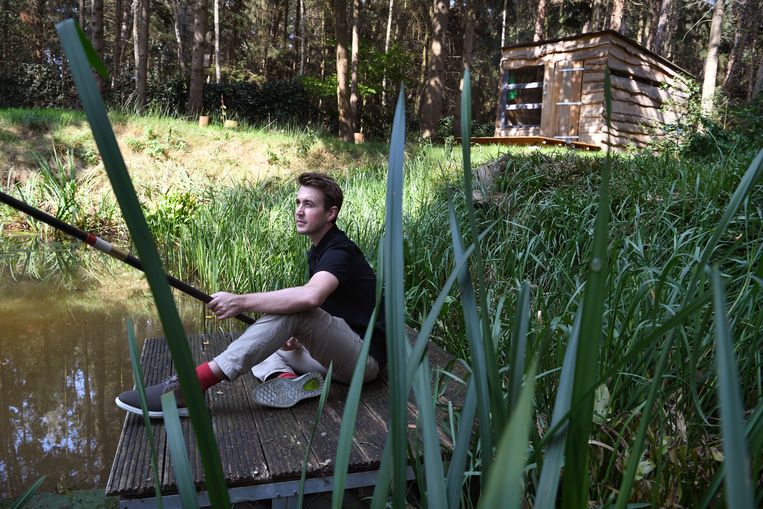 The autumn break has begun. Due to the corona virus, traveling abroad is not an option. So holiday parks and camping operators in the Netherlands have more patronage. Will this be permanent or will we soon again fly en masse to Bali?

Prime Minister Mark Rutte had not yet spoken out during his corona update on April 21, when the bookings poured in at Natuurhuisje.nl. It was the day before the May holiday, and there was no way to relax the lockdown. When the prime minister answered a question about the summer holidays with ‘everyone should decide for themselves’, the server of the vacation rental broker cracked under the influx of visitors.

Natuurhuisje.nl is not the only one to notice that the Dutch more often choose a holiday in their own country this year. The euros are also pouring in in other places in the domestic recreation sector – from boat sellers to camper rental companies. The question is: what will holidaymakers do if the virus is soon contained and the world is unlocked again?

First the numbers. The number of foreign holidays has decreased drastically in recent months, reports the Central Bureau of Statistics (CBS): in April and May half as many holidaymakers crossed the border as last year, with only a small improvement in June. Domestic holidays also decreased, but less, and this number has been recovering since May. In June, the last month that CBS charted, there were only 19 percent fewer domestic holidays than the year before.

Statistics Netherlands has not yet looked at the summer holidays, but according to reports from the travel industry, the upward trend continued in July and August. According to Stratech, which supplies booking systems to the leisure industry, there were 22 percent more domestic overnight stays at campsites and holiday parks in those two months than last year. The picture was similar for hotels in areas such as the Veluwe, according to ABN Amro. The bank’s analysts calculated that the turnover of Dutch residential recreation is almost a third higher this summer than last year.

The success of the summer months is bittersweet, especially for subsectors that rely on good weather. For many campsites, for example, the high peaks in the summer are not enough to make up for the completely missed spring. Negative travel advice keeps foreign tourists away. ‘Normally we are packed with the autumn holidays, but because the Germans are canceling, the last two weeks still had some room for late bookings,’ says Marthijn Tabak of Center Parcs.

Co-founder Tim van Oerle (32) of Natuurhuisje.nl does believe that great years are ahead. He started the company with a brother in 2009 to respond to the demand for more sustainable tourism. His company generated no less than three times as much turnover last summer as in the summer of 2019.

In addition to being an entrepreneur, Van Oerle is also a bit of an activist, which means that hopes and expectations about the future of the tourism sector are close together. ‘I hope that many people will discover this year that the Netherlands or Belgium can also be very beautiful and that you don’t necessarily have to take the plane to Bali. I expect it to lead to permanent behavioral change. We see many new visitors on our platform and from their reviews it appears that they are often pleasantly surprised about the holiday close to home. ‘

At the trade association of travel organizations, the ANVR, they are not convinced that there will be a change in the holiday choice of the Dutch. ‘This and next year we will not come close to what we achieved in turnover last year, that is certain,’ says director Frank Oostdam.

‘The Dutch now stays closer to home or crosses the border by car, so that you can always go back home when the need arises. But the long-term perspective is that people will go on holiday abroad again en masse, if there is a vaccine soon. ‘

Stef Driessen, sector economist at ABN Amro, agrees with the ANVR director. ‘In previous crises we have seen that the Dutch don’t go on holiday less often, but go shorter and stay closer to home.’ Consumers have been saying for some time that they want to plan their vacation more sustainably. Such a pious intention often loses out to the wanderlust. The number of European air travel – business and private – has been growing by an average of 3.9 percent per year since 2010.

Tour operator Corendon seemed to be aiming for more domestic offer this summer. The tour operator entered into a partnership with EuroParcs and offered trips to ‘Costa Hollanda’, with a stay at the Village Hotel near Schiphol, including unlimited food and drinks, accommodation and transport to Zandvoort. The company will take over a beach bar in Zandvoort on 1 January.

‘Costa Hollanda was an alternative for customers who had received a voucher and still wanted to go on holiday,’ explains Steven van der Heijden of Corendon. ‘But it is not yet an approximate alternative to the margin that we book with sun holidays. Perhaps 10 to 20 thousand people went to Costa Hollanda for 3 to 4 nights. In terms of travel sums, that doesn’t help. ‘ Van der Heijden keeps his courage: ‘If a vaccine is soon developed or there is a better infrastructure to test people for corona, there will be enormous catching up.’

All this does not alter the fact that the travel world fears that customers will keep their boat off for a long time, if only because they no longer have the money to travel. The lockdown has already put tens of thousands out of work and the big blows are coming this winter. An economic recession is looming. Arjan Kers of TUI, the largest tour operator in the Netherlands, recently said in an interview that he expected ‘that 2022 will only be a somewhat normal travel year again’.

In the meantime, tour operators signal that bookings for next summer are starting to pick up again. That is no reason to uncork the champagne. These are largely trips from customers who redeem the voucher they received for the holiday that was canceled this year. It is not new income that travel companies crave so badly.

Entrepreneur Van Oerle acknowledges that his hope for more lasting patronage falls and stands with how the corona crisis is developing. An effective vaccine that is rapidly rolled out worldwide could quickly nip in the bud reverie about the health of our planet and our own. Even before enough people have been able to smell the joys of a midweek at Center Parcs or a weekend in the Drenthe countryside.

‘A new habit must be given the opportunity to settle in properly.’