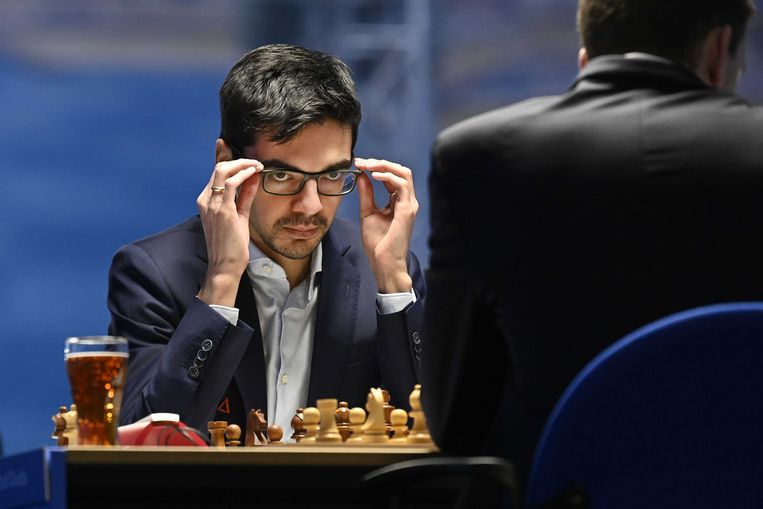 Although Giri, the number seven in the world according to the world chess federation Fide, played with black, he had reason to hope for a win against Nepomniatchchi, who is fourth in the world ranking. After all, last month the Dutchman had beaten the Russian from his study in the final of an online chess tournament that yielded Giri no less than 50,000 euros in prize money. A remarkable result, because until last year he struggled with this digital form of chess. Giri’s reactions to his online victory showed a surplus of confidence in the run-up to the encounter with Nepomnachchi on Monday.

The 30-year-old Nepomniatchchi, his peer Maxime Vachier-Lagrave from France and the 28-year-old American-Italian Fabiano Caruana are the bookmakers’ favorites for the final win in the resumed candidates tournament in Yekaterinburg. This chess tournament ended in March last year, the winner of which will try to dethrone world champion Magnus Carlsen between 24 November and 16 December in Dubai and thus earn 2 million euros in prize money. The candidates tournament was exactly halfway through, after seven of the fourteen rounds for the eight participants. Because air traffic was in danger of being shut down due to the risk of contamination, it was necessary to stop the tournament.

That is why all participants rushed home more than a year ago. Likewise chess grandmaster Anish Giri, who is against de Volkskrant said: ‘I felt like a marathon runner who has to stop after 13 miles and is told that after half a year of rest he has to continue from the same point. But how?’ For Giri, the interruption was a bad one, he said. ‘I had started badly and had just rejoined the pursuers. I’ve lost that momentum. ‘

The standings after seven laps remain with leaders Nepomniachchi and Vachier-Lagrave at 4.5 points and four pursuers, including Giri and Caruana, with one point less. After the eighth round on Monday, Giri’s deficit on Nepomnachchi remains one point.

Giri, estimated by the bookmakers as the final number four in the candidate tournament, not only played against Nepomniatchchi with black, but also has black matches against the two other favorites, Vachier-Lagrave and Caruana. Giri said he didn’t notice any difference from the last time he played in the same hall, more than twelve months ago. ‘I felt that I had only been away for a day. Yesterday I played game seven, today game eight, that’s how I experienced it. ‘

Before traveling to Yekaterinburg, the Dutchman said he would have been more optimistic about his chances if the tournament had started all over again. ‘Now I am still one point behind Maxime Vachier-Lagrave and Ian, who is in good shape by the way, despite losing to me the final of the online tournament in March. It depends on how the leaders start the resumption of the tournament. When they win it becomes difficult to track them down. But if I have a fortunate start, I’ll be back in the mix. ‘

The Dutchman does not expect new finds that his opponents will only shake up as cards in Yekaterinburg. ‘That is very rare nowadays, an idea that brings you great benefits. Because all opponents are so well prepared and know how to avoid pitfalls. The preparation for the candidate tournament is rather a matter of working towards a position in which you feel more comfortable than your opponent. And then you want to pick out something he doesn’t expect. So I don’t expect fireworks-like new openings, but I do expect players to come up with many surprises. ‘

You need a lot of preparation time to come up with this in advance. Giri is considered the king of preparation, the arithmetic master who knows how to analyze theorems in great detail. And that preparation, says Giri, is never really finished. ‘You can prepare endlessly. The road to perfection is endless and you are constantly finding new chess ideas. If you are considering becoming world chess champion, I would therefore like to give the tip: take a little break now and then at the right time. That is the key to success. ‘