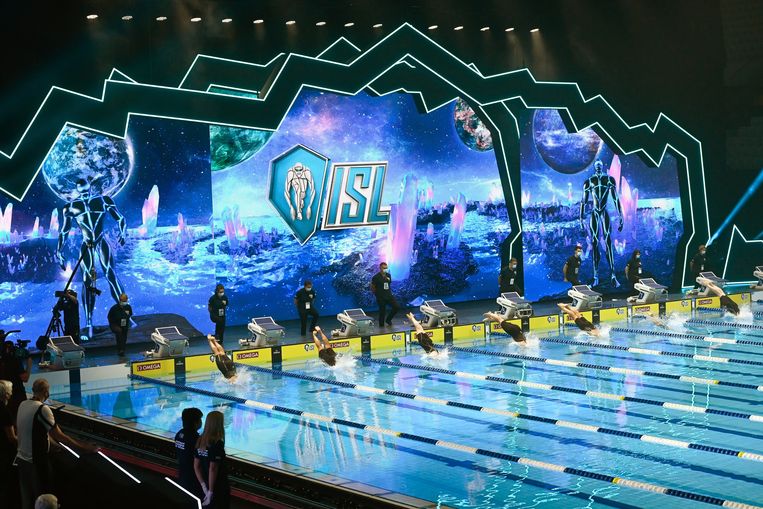 No sporting event in these corona times can do without a ‘bubble’. This approach, best known in the Netherlands for ice skating in Thialf, has made school in the world in recent months and is also considered indispensable for this summer’s Olympic Games in Tokyo. “We showed at our qualifying tournaments in Trieste and Rotterdam that the Games can continue safely,” says physician Andy Hoepelman, head of infectious diseases at the UMC in Utrecht.

Routinier Hoepelman (66) is considered to be the expert of the anti-covid protocol at the international swimming association. He is a member of the water polo technical committee of the Fina, the world swimming federation. Since December, he has been part of a medical task force, which has to supervise the safe conduct of matches without an audience and in the ‘bubble’.

The Hilversummer, with the Dutch water polo zevental the bronze medalist of the 1976 Games, is back from Qatar, where the Olympic qualification for open water swimming was concluded. 120 swimmers, 120 coaches. No groups, individuals and no bubbles. Very difficult. ‘ Next month, after many postponements, he will go to Japan twice for the Fina qualifying tournaments synchronized swimming and diving.

Hoepelman delivered his great test of competence last month at the Olympic qualifying tournament (OKT) in Rotterdam, where the Dutch water polo players missed the ticket for Tokyo. He was the covid officer in the Rie Mastenbroekbad, a position that is familiar to every sports tournament today. He put the earlier lessons of the OKT from the women in Trieste into practice there.

In Italy there was an undiscovered contamination that could have had major consequences. ‘There was a referee at that tournament who had a negative pcr test with him and after arrival a negative antigen test (quick test, ed.). But he turned out to be infected with the virus. A few days later, a few more people in Italy were positive. They were people who were exactly in that ascending phase of the contamination. Antigen negative, too small amount of virus in the pcr. The next day he already had more. The tournament just went on. ‘

Stay in the room

‘After that incident, we changed the protocol for Rotterdam. We knew: on average, players had been in a bubble for two weeks before they arrived in the Netherlands. Twelve teams of thirteen poloers participated. There were 300 people in this bubble. Players, coaches, officials, had to stay in their room after arrival until both the antigen and PCR tests had shown negative. Even a second pcr for the officials. Only then were they allowed to roam freely.

‘With this approach we have identified an infection in Turkey and had to exclude the team.’ On the fifth day of the stay in Rotterdam, another antigen test followed, ‘a multiple of the 750 pcr tests we have done’.

Two days before the end of the tournament, another round came. The results of such pcr tests are inconclusive. ‘We report tests in the Netherlands as positive or negative. But it is not that simple. Someone gets infected and then has more and more virus among the members. On top of that, he gets the disease symptoms. After that, the amount of virus decreases again. What we test does not say anything about infectivity. People are sometimes still positive with a PCR for up to six weeks after being infected, but they are no longer contagious by then. It takes interpretation. ‘

Hoepelman takes all that knowledge and experience to Tokyo. He has reported his findings from Trieste, Rotterdam and Doha to Fina and the IOC. Hoepelman believes in Tokyo’s mega bubble which, with 30,000 people, will be a hundred times bigger than in water polo. ‘That path is passable in my opinion. Tokyo’s protocol is comparable to ours. ‘

The internist-infectiologist from Utrecht is convinced of the usefulness of vaccinations, whereby sport is already given priority in countries such as Serbia and Montenegro. ‘It helps. Undeniably. I also think that the Dutch Olympic team will be vaccinated by the time of Tokyo. ‘

‘The athlete is not a risk figure for a serious course of corona. In my view it is wise to keep steering the bubble. We do not yet know much about the transmission of the virus in people who have had the disease or have been vaccinated. From Israel we know that that person picks up less virus and carries it with them for a shorter time. But it is not zero. It’s about being careful. We are going to prepare for Games under very safe conditions. And that they will continue, yes I expect that. After all, we have shown that it can be done safely. ‘