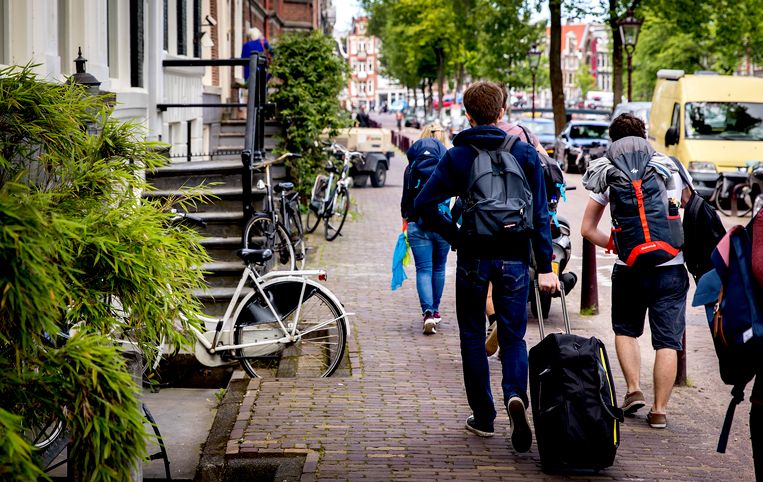 Amsterdammers who want to place a home on online platforms such as Airbnb, Booking.com or Expedia, must identify themselves with DigiD from today. Residents who already have an advertisement will have until October 1 to register. Otherwise, their home will be removed from the website. The platforms are cooperating with the tightening. This is possible thanks to the Tourist Rental Act, which was adopted at the end of 2020. Amsterdam previously introduced a permit system for holiday tenants. They are not allowed to rent their house for more than 30 days a year, to no more than four people at a time. However, checking this appears to be difficult.

Amsterdam wants to get rid of tourists who contribute relatively little to the economy and the cultural life of the city. Such as groups of young tourists arriving on a budget flight, sleeping at an Airbnb address and eating on the sidewalk of a supermarket. They also cause nuisance in residential areas. The city also wants to prevent homes from being withdrawn from the Airbnb housing market. It contains tens of thousands of advertisements from Amsterdam. An attempt to ban vacation rentals altogether in parts of the center, the judge recently turned back.

Airbnb is launching a campaign today to urge its advertisers to register. “We want to be a good partner for Amsterdam,” says a spokesperson. The company states that its customers spent around 400 million euros in Amsterdam in 2019, with approximately 40% of daily spending going to local cafes and restaurants. In addition, the company has set up a helpline for Amsterdam residents with complaints about nuisance and paid more than 8 million euros in tourist tax in 2019.

According to Airbnb, more cities in the world are working on legislation to combat nuisance caused by tourism. Including the introduction of a registration requirement. Amsterdam is the first in the Netherlands, but not in Europe. Portugal was the pioneer.