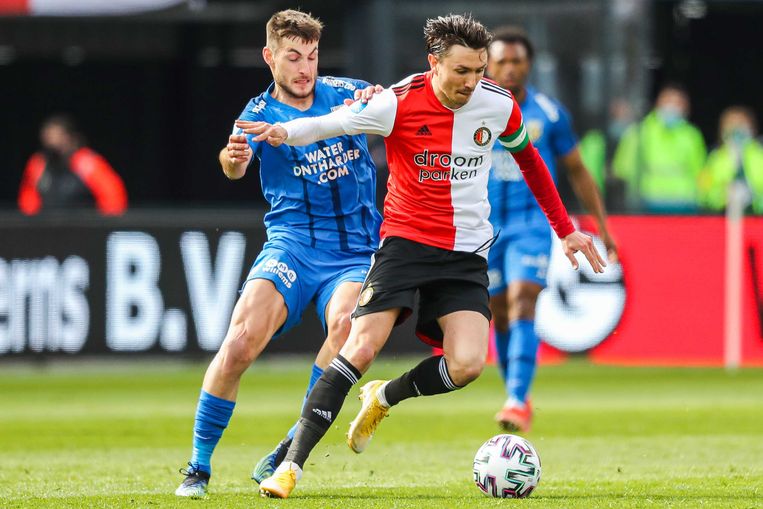 As came out earlier this week, Berghuis has signed with Ajax for four years. The attacker reportedly costs Ajax about 5.5 million euros. “It is no secret that I wanted to take the next step,” Berghuis says on the Ajax website. “Looking for a new club, I was looking forward to the combination of playing for the prizes, playing in the Champions League and staying in the picture with the national team. At Ajax it all comes together.’

Berghuis made his professional football debut at FC Twente in 2011, but never broke through there. At AZ he managed to grow into a trendsetter, which earned him a transfer to the Premier League. However, Berghuis hardly got to play at England’s Watford, after which Feyenoord picked up the disillusioned winger in 2016.

Berghuis flourished in South Rotterdam. He became champion with Feyenoord in 2017, but only after the retirement of first Kuyt and later Van Persie did Berghuis become captain and star player. Feyenoord became very dependent on the whims of the creative Berghuis, sometimes to the frustration of the player himself. He seemed ready for a step up for some time, but due to his age (now 29) and his previous failed adventure in England, the options were scarce. In 2019, despite the express interest of PSV, he extended his contract with Feyenoord.

The fact that Berghuis is now making a transfer within the Netherlands, to arch-rival Ajax, will hit the Feyenoord fans hard. With his indispensable game and captaincy, he was popular with the Feyenoord Legion. He kissed the club’s logo several times after a goal or victory.

Berghuis’ transfer from Feyenoord to Ajax is unique. Only Henk Groot (in 1965), Jan Everse (in 1977) and Arnold Scholten (in 1995) preceded him. Ajax technical director Marc Overmars writes on the club website: ‘We play a lot of matches, so we have to have options in every position. We think there is still room for improvement with him. He can become an even better player with us.’