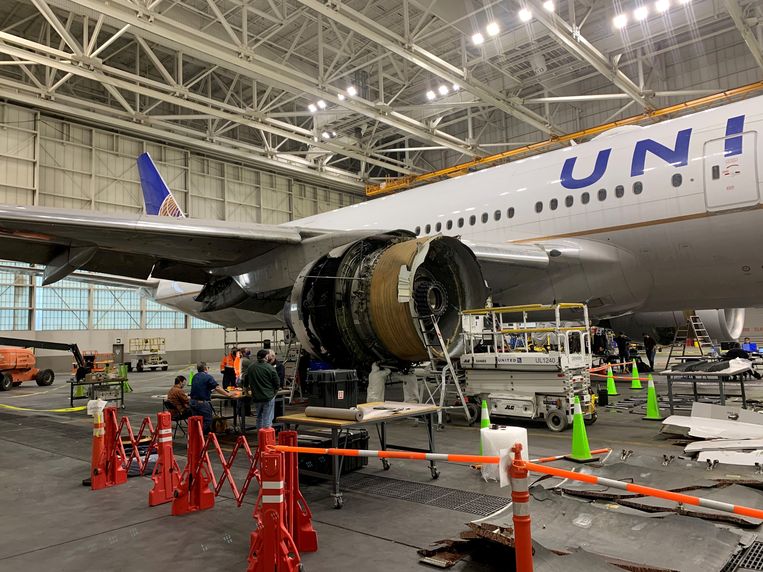 Rossiya Airlines’ flight was carrying cargo from Hong Kong to Madrid, an employee of the Moscow Sheremetyevo Airport said. Neither Boeing nor Rossiya Airlines were immediately available for comment.

The type of engine involved in the Rossiya Airlines-Boeing is not yet known. The incident in the United States was with a Boeing 777 with a PW4077 engine from the manufacturer Pratt & Whitney. An initial examination of the pieces that had broken off from that Boeing’s engine revealed a crack that had grown over time. As a result of the incident, all Boeing 777 aircraft with the relevant engine are currently on the ground.

Longtail Aviation’s Boeing 747-400, parts of which broke down above Meerssen on Saturday, also has a Pratt & Whitney engine.

Falling debris in Meerssen: does aviation fly on for too long with old aircraft?

This weekend, the engines of two old Boeings exploded in quick succession. The planes landed safely, but debris rained on the ground in Meerssen (Limburg) and Denver (Colorado). Are old planes a risk?

Boeing 777 engine explosion over Denver almost certainly due to fatigue

The explosion that damaged an engine of a Boeing 777 with 239 occupants last Saturday was almost certainly caused by metal fatigue. The question now is whether this defect should not have come to light during the regular inspections.