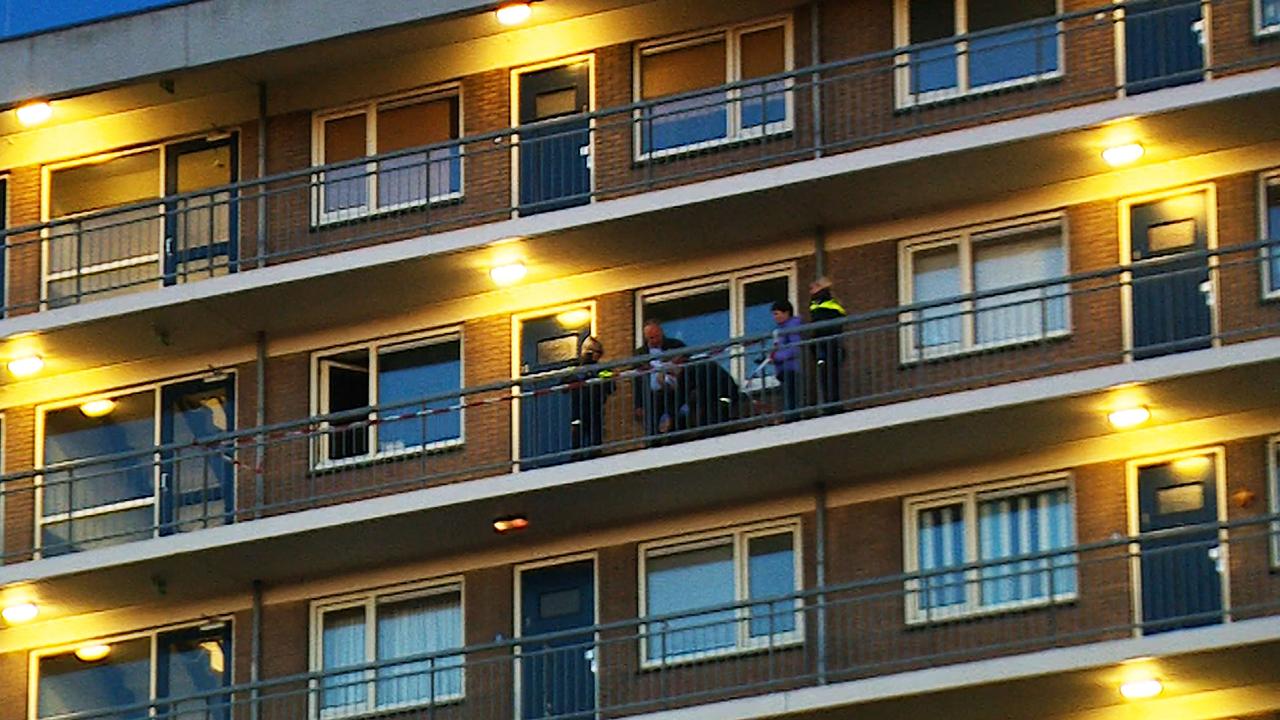 From Monday, the court in Leeuwarden will examine the substance of what happened to the then eight-year-old Sharleyne in 2015. The girl was found dead at the bottom of a flat in Hoogeveen, after falling from the tenth floor. Was it an accident or was she thrown? That is the question that must be answered.

It is on the night of 7 to 8 June 2015 at 1.23 am when the police receive a report that there is a girl at the bottom of the De Arend flat. It’s Sharleyne. Her hug lies next to her as a silent witness.

The girl lives with her mother, Hélène J., who stumbles down barefoot after the fall and wants to go to her car in search of cigarettes. She’s under the influence. An officer who came to the report sees two beer bottles behind her waistband. He offers her a cigarette. “Your daughter has died”, she is told, after which she bursts into tears.

Sharleyne and her mother have been living in the gallery flat on the south side of Hoogeveen since June 2012. At the end of 2011, the relationship between J. and Sharleyne’s father, Victor, ended.

In any case, Victor considers himself the father, because after the relationship ends, a DNA test shows that the girl is not his. Sharleyne does keep his last name: Remouchamps.

Relationships within the family deteriorate

The break-up of the relationship deteriorates the family relationship. There is substance use of the mother and the girl witnesses domestic violence. The result is that after the parents separate, assistance is started with varying intensity.

“With insufficient attention to the child”, is the hard conclusion of the report of the inspectorates for youth care, health care and security and justice afterwards. As a result, it will take until 2015 before safety agreements are made and steps are taken to have the child’s problems examined by a specialist.

In the run-up to Sharleyne’s death, the situation worsens. If at the end of May 2015 the situation is such that both parents no longer cooperate with the care providers and the concerns about the child have not diminished, the Center for Youth and Family will decide to hold a so-called internal case study.

Sharleyne’s mother is surprised to learn that one of the conclusions may be that her daughter is being put under surveillance. Scheduled date of the meeting is June 9. In the previous night, the girl dies from the consequences of the fall.

Court sees no evidence of strangulation

The latter is in any case the line taken by the court after hearing experts from the Netherlands Forensic Institute (NFI). A third expert assumes that the girl was strangled before the fall. Yet another says he cannot rule out the possibility that the girl was able to climb over the balustrade herself.

The result is acquittal for the mother. A testimony from the upstairs neighbor, who says he heard the woman and child talk that fatal night, followed by a thump and something thrown over the railing, is not used for the evidence.

The court has no doubts about the sincerity, but it does question whether the statement relates to the night of 7 to 8 June, or whether it may have been another night.

The fact that another witness saw the woman on the balustrade after the fall is not evidence of a life crime. The woman herself says she fell asleep drunk on the couch that night and woke up from the draft, because the window of Sharleyne’s bedroom was open. When she looked over the railing she saw the girl lying and from that moment it turned black.

To find answers, a fourth injury expert will be heard on Sharleyne’s cause of death on appeal. An expert in the field of sleepwalking will also answer questions at the request of the defense. Everything to be able to give a definite answer about what happened to the girl.