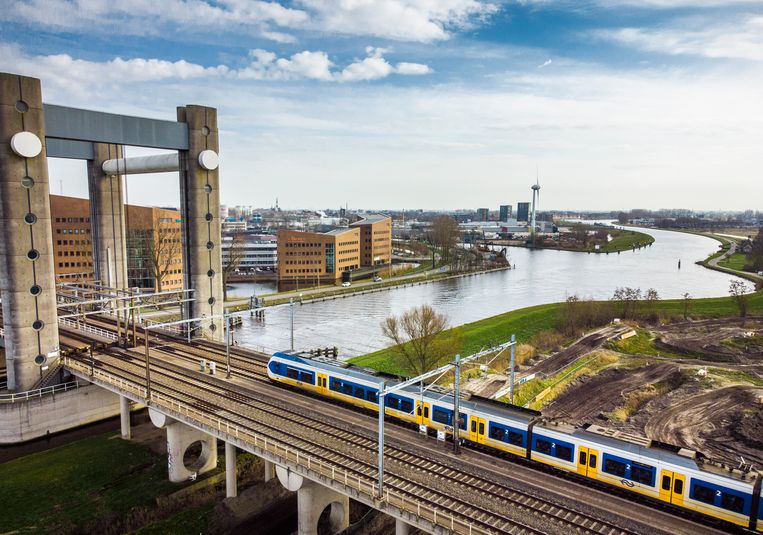 2021 has been declared the year of the railways by the European Commission. In terms of timing, the EU administration could not have picked a worse time to celebrate the blessings of the train. The Dutch Railways announced on Thursday that it had closed the book of 2020 with the largest loss in its 180 years of existence: 2.6 billion euros.

Due to the corona crisis last year, the government called on citizens to avoid public transport. As a result of this incentive, the railways made less than half (45 percent) of the number of passenger kilometers in 2019. Only thanks to the ‘availability fees’ that the Dutch (and the British government) gave to keep the timetable intact, the NS reached 60 million after the same turnover as in 2019: more than 6.6 billion.

The gap of 2.5 billion has arisen because the Dutch Railways makes large write-offs. For example, the concession for operating the Dutch main network is worth 1.6 billion less. Because only in 2025 do the railways expect to be able to welcome as many travelers again as in 2019. The company is also writing off on loss-making contracts.

All in all, the government will have to step in again in the coming years, stated president-director Marjan Rintel, if we want to keep the Netherlands accessible. The company she has been running since October 1 already received 818 million euros last year to run empty trains if necessary. Such a contribution is needed again, although Rintel did not want to say exactly what amount she is thinking about. The Dutch Railways is counting on a loss of income of 4.7 billion euros until 2025.

The president immediately received a response from The Hague, from its sole shareholder. The Dutch Railways should run with fewer trains, suggested Finance Minister Hoekstra, the man who is looking at a colossal budget deficit. The continuation of the timetable ‘does not seem to be financially sustainable in the long term’.

Fewer trains almost automatically means fewer personnel. Rintel will still have a lot of work to do with that. More than a week ago she concluded a new collective labor agreement. One of the most important elements: an employment guarantee until 2025 for all employees with a permanent contract. The 2,300 jobs cut as part of a 1.4 billion savings program will disappear through natural attrition.

The Dutch Railways reduced the timetable by 10 percent at the end of last year. Hoekstra did not comment on how much shorter the timetable should be. His colleague at the Ministry of Infrastructure and Water Management, Cora van Nieuwenhuizen, can fight this with the railways.

In the meantime, the Dutch Railways has, in addition to domestic, foreign – read – British headaches. NS has been active in the United Kingdom since 2002 and owns five concessions. Together with permits in Germany, this now involves more turnover than is achieved in the Netherlands. All those foreign adventures should benefit the Dutch train passenger, the Dutch Railways declares.

But the English concessions are hanging by a thread. A study completed two years ago recommends that the British government put an end to the fragmented, dilapidated and poorly serviced track. This must be done by centralizing the weather and relegating the concessionaires to pure managers.

The question now is under what conditions the contracts with the concessionaires, such as the one with the NS subsidiary Abellio UK, will be terminated. In the worst case scenario, Abellio must pay a ‘termination fee’. The Dutch Railways has made a provision for this amounting to no less than 702 million euros, consisting of compensation and depreciation for impairment. Financial director Bert Groenewegen is hopeful that London will repent and limit the compensation to a maximum of a quarter of a billion.

In the year of the railway, the festive atmosphere at the NS is in any case hard to find.