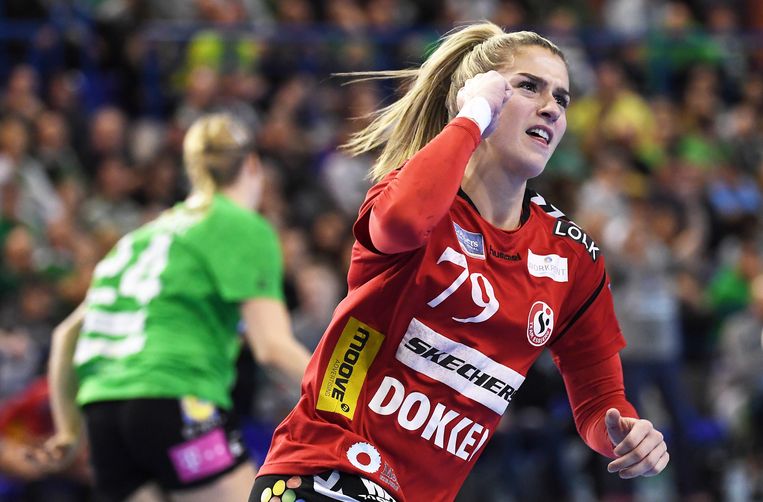 ‘I’m not an idiot anymore’, Estavana Polman says about herself. Really, believe her, she can go to the World Cup in a good week. Even though she has had two knee surgeries in a year and a half and has not played a minute at her club, she thinks it is justified. “Of course I don’t want this a third time.”

At her club Esbjerg they prefer that she not take the risk. But Polman is Polman, who makes her own decisions in the field and beyond. “Of course they say that,” she says in an online video call with journalists. “And I’d be lying if I said they’re wrong, if I were them I’d probably say that too. But I don’t see it as a risk.’

And so she hopes to be there when the Netherlands defend the world title in Spain in December, which was conquered in Japan in 2019. Polman was the best player of the tournament there, but tore the cruciate ligament of her right knee six months later. And in May last year, the same knee went wrong again: she had damage to her cruciate ligament and meniscus. Due to that second injury, she missed the Games in Tokyo.

According to her doctors, after months of rehabilitation, she is now ready to train and play again. The tests are good. It makes no sense to sit in the weight room any longer, according to Polman.

‘Now it’s about the impact, six against six as much as possible. That sounds crazy, but beat me to my ass. And then see how my leg reacts. Of course I have to get used to that: that if I get a blow, that I then feel: it’s ok.’

After the injuries, the fear has crept in, and it has to go. That has to happen once and according to Polman it can just as well be done with the Dutch team. Next week, the handball players will play a preparation tournament in Norway, where she hopes to return to the field. “Even if it’s two or five minutes, you have to start somewhere. And then at the end of the week we will determine how I am doing and whether I am going to Spain.’

Polman will not play the full sixty minutes for the time being, not even at the World Cup, but according to national coach Monique Tijsterman, the mid-level player is still of value. ‘You won’t easily see the nervousness with her, she makes thoughtful offenses, can let others play better. I think you need that in this team.’

But is it also wise to take that step at a World Cup, when the pressure is on? Isn’t Polman going to force himself when it comes to it? “I think, I think…I’m not sure,” she says honestly, “because I’ve never been in that situation before.”

But she is sure that she really does not want to experience such a rehabilitation again. ‘So I’m really not going to make 60 minutes right away. And I know that we can make good agreements. But you always take a risk when you are a handball player, whether you are fit or not. That’s just the sport.’

If the knee holds, the next question is what kind of Polman we are going to see. She grew up with her intuitive, fearless game, rock solid in one-on-one duels. She now feels inhibited in that regard. ‘Then you come and then you think: oh, I’ll play it for a while’, she tries to explain her fear.

That has to wear off, but she also says: ‘I’m not going to be the player I used to be. If I can’t win one against one anymore, then I have to make sure that I start using other things, qualities. But I’m also looking forward to that.’