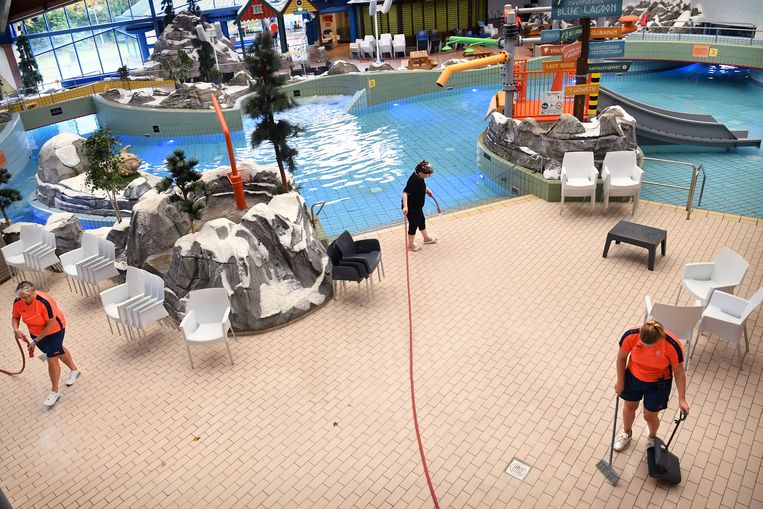 They will ‘do their utmost’ to prevent it and it ‘is absolutely not their preference’, but for operators of swimming pools, gymnasiums and other sports facilities, the option is on the table: due to the high energy rates, they fear that they will have to pay their entrance fees. to increase.

‘I cannot and do not want to rule that out,’ says Oscar Schewe, operational director of market leader Optisport. His organization manages about 400 sports facilities, including three ice rinks and 88 swimming pools. ‘We use millions of cubic meters of gas alone. We don’t know exactly what the consequences are yet, but it will cut in anyway.’

Industry partner Laco, active in approximately forty municipalities, also sees ‘passing on’ as an option. As with ordinary consumers, companies are concerned with whether energy contracts are expiring. If these continue at set rates, the consequences will be limited.

‘We are not 100 percent fixed,’ says director Bert Lavreijsen of Laco. Some part is also variable. ‘So we are already feeling the impact of the high energy prices.’ Optisport is one of the operators whose contract expires at the end of the year.

“And this is not a good time to sign a new contract,” says Henk Reyers of Sportbedrijf Deventer. The agreement of his organization, which operates an ice rink, swimming pool and sports halls, also expires at the end of 2021.

‘We are doing our utmost not to raise prices. But we are faced with rising costs: we can’t turn off the ice machines and stop the water treatment.’

At the Thialf ice rink in Heerenveen, the energy contract runs until the end of next year. At Amsterdam’s Jaap Edenbaan, that’s another year longer. Sports funds – 80 accommodations – say that the contracts will still run for ‘years’, at ‘rates that are more favorable than current market prices’.

The operators with expiring contracts look at the government with a slanted eye. If The Hague partly compensates for the increase, price increases may not be necessary. The government has already earmarked 500 million euros for small and medium-sized enterprises.

‘The question is whether we will fall under that arrangement,’ says Schewe of Optisport. ‘If each swimming pool qualifies separately, yes, but if you look at it as a whole, we are a major consumer.’

And then there are the agreements with municipalities. Some contracts include that they partially compensate if energy prices rise sharply. Matters have also been laid down about the rates for customers.

‘That differs from municipality to municipality’, explains Schrewe. ‘So I can’t say that we are going to raise entrance prices nationwide, if we do that at all. But I can’t say right now that it won’t happen anywhere.’

At the Uithof in The Hague, where you can skate and ski, among other things, the rates will in any case not increase in 2022. Even though the company takes into account 100 to 150 thousand euros in extra costs. ‘But we also see that our customers have to pay more everywhere’, says director Eugène de la Croix. ‘If we were to raise the prices, it would no longer be feasible for many to come and work out with us.’

De Uithof is a private company that does not receive a structural subsidy from the government, like many other sports facilities. “We have to hold up our own pants,” says De la Croix. ‘We are therefore sacrificing part of our margin. It is exciting every year whether we make a profit and this is not an easy time.’

The industry is just recovering from the corona crisis. “We still have to check all our visitors,” says De La Croix. At the Uithof there are approximately 1.5 million per year. ‘For that I have to hire 5 to 6 extra people and the arrangements have been phased out.’

He therefore believes that The Hague should step in, for example with a discount on energy tax. The argument against this is that the high energy prices encourage companies to become more sustainable quickly. ‘But the whole sustainability process is so complicated, it’s slowly starting to look like a farce.’

It is not unwillingness. Like other sectors, this sector has been trying for years to consume less electricity and gas. If only out of self-interest, because energy costs are a relatively large part of the costs. At Optisport this is about 15 percent.

The Uithof is already largely full of solar panels. De la Croix would also like to do the same with the snow track roof. ‘Everything is already in place: the business case, subsidy; but the insurers do not want to insure, because the insulation material would be too fire-hazardous. And I estimate that there is EPS (a kind of Styrofoam, red.) is located on 80 percent of the halls.’ At Thialf, the solar panels have been switched off for some time, also because of problems with the fire insurance.

‘And you also have to deal with payback time,’ explains Schrewe of Optisport. ‘If a contract with a municipality only runs for 2 or 3 years, it will be difficult.’

Sustainability is therefore not a solution for this acute problem. It is hoped that prices will drop again, so that new long-term contracts can be concluded at a more favorable moment.

No one is thinking about emergency measures such as in Inzell, where the ice machines were temporarily turned down. ‘At the IJsselcup, four track records have just been broken,’ says Reyers of Sportbedrijf Deventer. ‘Our customers simply expect good ice cream. And in principle we want to continue to supply that.’