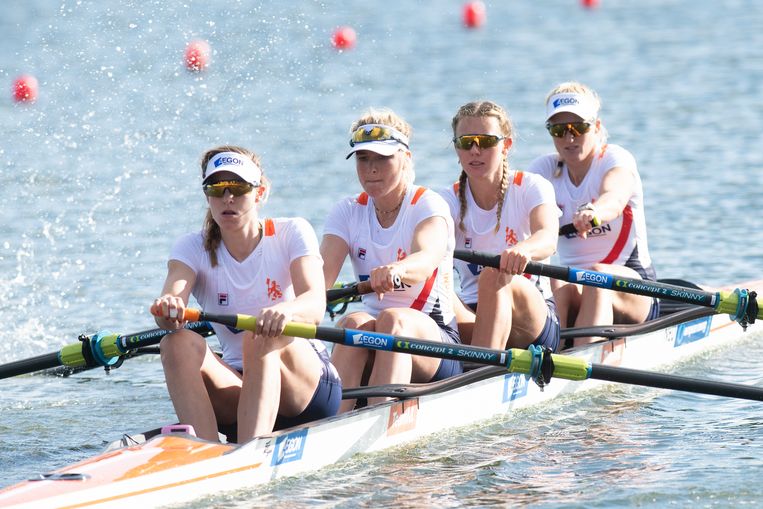 Karolien Florijn does not have to think long when asked how many races she has rowed this year. Because it was only one. The 22-year-old rower won European gold a week ago in Poland with the four without. The weekend of the European championships was simultaneously the start and finish of her season.

The corona virus wiped out all other games, and made her expected to make her Olympic debut in Tokyo a year later than expected. ‘I was supposed to start studying law in September,’ says Florijn. ‘That has now been postponed. It is a strange year, we did not know for a long time whether the European Championship could go ahead. We are pleased that we were now able to compete with the international top at least once. ‘

The European title fight was a great success for the Dutch team with no fewer than seven gold medals. The last time the Dutch boats did so well in a European context was in 1965, when seven medals were also won in the then Soviet Union.

It is difficult to say what the competition is really doing. The strong British skipped the European Championship as a precaution. The possibilities for training differed per country because the same measures did not apply everywhere. The four without is also a new Olympic number that is on the program in Tokyo for the first time. ‘Competition is getting tougher because countries are investing more in it. I saw at the European Championship that the Italians and Irish had new women in the boat. ‘

When there was a partial lockdown in the Netherlands, with the first wave of infections in March, all top sport was stopped. Because it was possible to keep a distance on the water, rowers in one-man boats were allowed on the forest track. Florijn did not train in the boat for weeks with her teammates Ellen Hogerwerf, Ymkje Clevering and Veronique Meester with whom she won silver at the World Cup last year. ‘It was not too bad in the Netherlands. My friend rows for the French team, he has not been able to sit in the boat for two months. He was only allowed out for groceries and trained separately from the national team on an ergometer at home. That’s not really fun, of course. ‘

Florijn now has two weeks of vacation that she spends at home in the rowing house in Amsterdam where she lives with three other rowers. She does not know what the coming period will look like. An altitude training camp was originally planned for November in the Sierra Nevada, but the corona virus is making all planned stages and competitions uncertain.

The situation is new to everyone. Her father cannot advise on that in that regard. Florijn is the daughter of rowing great Ronald Florijn. In 1988 he won gold in the double sculls and in 1996 he became Olympic champion again with the Holland Eight. Everyone rows in the family. Father, mother and her two brothers. The middle one, Finn, is currently on reserve with the skull men. The youngest Florijn, brother Beer, has just started rowing at the Leidsche rowing club.

In their youth everything was already dominated by top sport. ‘I was brought up with the top sports mentality. It was in the little things. We always went to bed early and ate porridge and bananas in the morning. ‘ Florijn does not experience her famous name as a burden. On the contrary. ‘I am very proud of my father. We were always busy with training, but fun was paramount. We used to have unicycles that we were quite fanatic about. We always tried to cycle up hills with it. ‘

But at home it’s not always about sports, says Florijn. ‘We are talking about other things, because we are all already involved in rowing so much. Of course I can always ask my father questions. We are both very interested in nutrition. He helps me with that. ‘