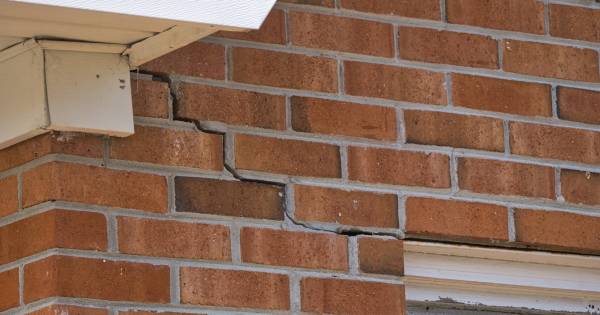 The expectation is that the damage by pile rot and differential settlement of buildings based on steel in an unchanged climate is expected to be between five and 39 billion euros until 2050, as the renowned knowledge institute Deltares was commissioned by the Dutch Association of Insurers. Due to an increase in drought due to climate change, the amount could be even higher. Per household, about eighty percent of homeowners are ready with 500 to 5,000 euros, but a small proportion must count on costs of up to 120,000 euros.

Insurers do not cover damage to foundations of a house as a result of drought, because it is not an ‘uncertain event’, the Association explains. The damage caused by years of low groundwater level is not seen as an ‘unforeseen event’. “We see this investigation as a warning to homeowners,” says spokesman Ernst Moeksis on behalf of the insurers. “They may assume that this is covered by home insurance, but that is not the case. A low groundwater level is an assassin for houses. You don’t see it and suddenly a door gets stuck or cracks appear in the wall. ”

It is true that this type of damage is not covered by the insurance, confirms insurance expert Eelko van Dijk of Independer. “There is no sudden event that precedes it. Wear and tear is also not covered. ” Van Dijk does refer to the Sustainable Foundation Repair Fund. “But that only contains 100 million euros. That sounds like a lot, but it is little compared to the total amount that will probably be needed. ”